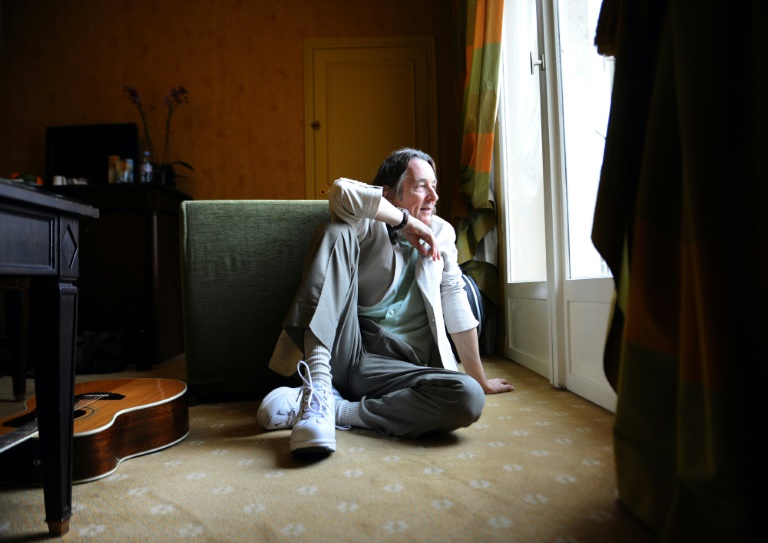 Roger Hodgson no longer packs stadiums and doesn’t even use the name of his old band, Supertramp, but that doesn’t bother him. Music, he says, should be seen as a service industry.

Supertramp, the English progressive rockers, in 1979 shattered attendance records in a number of countries on an extravagant world tour to promote the album “Breakfast in America.”

But Hodgson, known for bringing spiritual reflection to the music, quit four years later, saying he wanted to get out of the music industry and raise his family in California.

As his estranged former co-frontman Rick Davies keeps playing as Supertramp, Hodgson has been touring consistently, but more quietly, for the past 15 years and says he feels more comfortable on the smaller stages.

“To be honest, I don’t really pay much attention to what’s happening in the music or entertainment industry,” he told AFP as he embarked on his latest tour that started in Germany and includes 14 dates in Canada, where he and Supertramp have been especially popular.

“To me, I look at my job very differently. I actually think of music as a service industry,” he said.

“Life is not easy for most people right now. We’re all facing major challenges in our personal lives and globally, and to give people a respite from that for two hours is a real service.”

Hodgson, 65, said that the model from his era — a record company investing in an artist in hopes of eventual success — had collapsed, with labels now seeking immediate profit.

“So basically you have these ‘American Idol’ type shows and very little else,” he said.

In contemporary music, “there is nothing touching my heart and soul, or touching me in any way, really.

“It’s all very average and banal, and unfortunately the focus is more about being a star and being famous than about being an artist.”

In contrast, Hodgson has used music to explore the nature of the divine on songs such as “Even in the Quietest Moments,” “Babaji” and “Lord Is It Mine,” which begins with the line, “I know that there’s a reason why I need to be alone.”

Hodgson said he found music a way to address questions he first contemplated at an English boarding school, where “what they taught me about God didn’t make any sense.”

“I wasn’t the kind of songwriter who just sat down and said, ‘What am I going to write about?’

“These songs came from a very pure place in me. They are me — they express my questions, my joy, my longing for love, my longing to know God.”

The spiritual underpinnings to his music help explain his anger at former bandmate Davies, for whom he does not mince words.

Hodgson insists that when they split, they reached a gentlemen’s agreement that Davies could keep performing as Supertramp so long as he does not play songs written with Hodgson.

Supertramp under Davies routinely plays the band’s greatest hits and is returning to the road later this year with an arena tour of Europe.

Hodgson said he no longer speaks to Davies and called the current Supertramp the equivalent of a cover band.

“There is such a love for (Supertramp), and knowing that I and my songs created that love, it’s hard to see it abused,” Hodgson said.

“He owns the trademark of the name, so he can basically put five plumbers together and go out on tour with them and call them Supertramp, and that’s basically what he’s done.”

But Hodgson insisted he made the right choices. Leaving the limelight allowed him to “get my inner compass back.”

“I’m singing much better — because I’m feeling better inside,” he said.