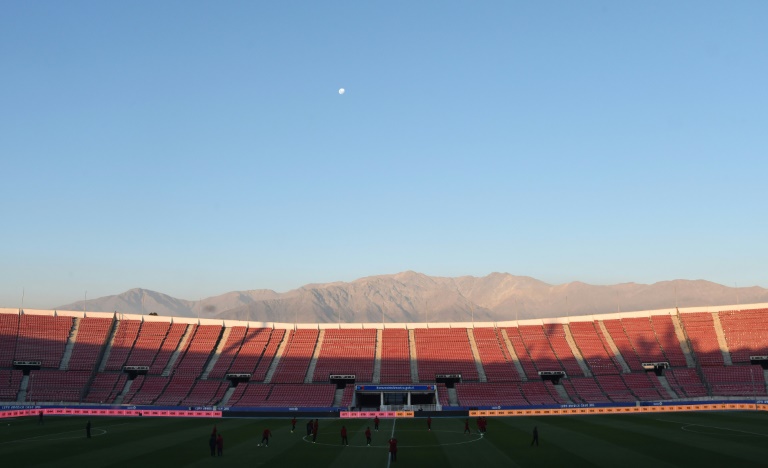 One of the fiercest rivalries in South American football will be renewed at the Copa America on Monday as hosts Chile battle Peru in the latest instalment of the ‘Clasico del Pacifico’.

Chile will start as favourites for the semi-final, which kicks off at 8.30pm local time (2330 GMT), as they aim to edge closer to their dream of winning a first ever Copa America.

However the hosts’ preparations were jolted on Sunday after key defender Gonzalo Jara was hit with a tournament-ending three-match ban for a lurid off-the-ball clash with Uruguay striker Edinson Cavani.

Photos and camera footage showed Jara attempting to shove a finger into Cavani’s backside shortly before the Paris Saint-Germain star retaliated and was sent off in last Wednesday’s stormy quarter-final.

Chilean football authorities have no plan to appeal the decision, although coach Jorge Sampaoli criticised the suspension, saying it set a dangerous precedent.

“If you start acting on allegations outside of the referee’s report, things are going to get very complicated,” Sampaoli said Sunday.

“If people start getting suspended on the basis of allegations from one side, then everyone will start trying to do it,” he added.

Chile face a Peru side brimming with confidence after recovering from a 2-1 defeat in their opening game against Brazil to reach the last four.

Los Incas swept aside Bolivia in the quarter-finals 3-1, with Brazil-based striker Paolo Guerrero scoring a hat-trick.

Flamengo forward Guerrero, who has spent the past three years in Brazil after spells in Germany with Bayern Munich and Hamburg, is on course to be the tournament top scorer following his superbly taken treble against the Bolivians.

Peru also have one of the players of the tournament in their ranks, the speedy and skilful winger Christian Cueva, who scored against Brazil in the opening match and played a starring role against Bolivia.

The semi-final showdown in Santiago will be played out against the backdrop of historical enmity that dates back more than a century to the 1879-1883 War of the Pacific.

On the football field, at least, the rivalry began in 1935, but the animosity pre-dates that first encounter by several decades.

Most famously, differences of opinion remain to this day over which country is responsible for the invention of the bicycle kick.

Chileans say they invented it in a 1914 match, christening the overhead volley as ‘La Chilena’.

Peruvians see it differently, arguing that in fact it was first tried in the port city of Callao in the late 1800s, being given the name ‘La Chalaca’.

In 1977 Peru ended Chile’s hopes of qualifying for the 1978 World Cup; Chile had inflicted the same misery on Peru in qualifiers for the 1974 tournament.

Chile have the stronger pedigree in recent tournaments, qualifying for the last two World Cups, reaching the last 16 in 2014. Peru have not qualified for the World Cup since 1982.

The winner of Monday’s semi-final will face either Argentina or Paraguay in the final on Saturday. Argentina and Paraguay meet on Tuesday.