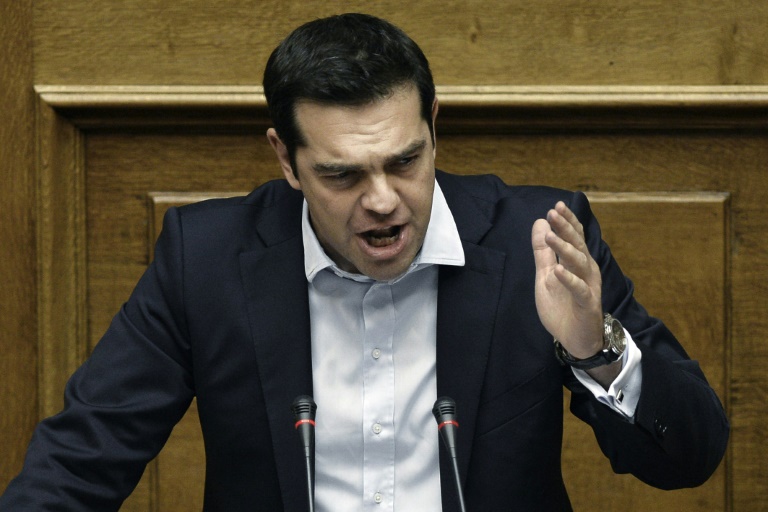 Greece’s plebiscite on the latest bailout offer is intended to make the country stronger in the fight for a new deal with its international creditors, Prime Minister Alexis Tsipras said Monday.

“Our aim is for the referendum to be followed by negotiations for which we will be better armed,” he said in an interview on ERT television six days before the Greek people vote on the country’s financial future.

The PM was speaking after the country imposed capital controls and ordered its banks to stay closed for a week in a bid to prevent a run on banks, after bailout talks collapsed at the weekend and fears mounted of a Greek default and possible eurozone exit.

Greece on Friday thrust a spoke in the wheels of the negotiations with creditors by declaring it would hold a referendum on their latest cash-for-reform plans, which Tsipras had rejected outright as “humiliating”.

The PM admitted Monday that the plebiscite could cost him his job if voters accepted the contested deal.

“We are going to respect the decision,” Tsipras said.

Asked whether he would resign if Greeks rejected his plea for a “No” vote, he said he was not a prime minister who would stay in place “in all weathers”.

But the crisis is expected to worsen sharply on Tuesday when the country’s bailout officially expires and Tsipras implied Greece would default on a key 1.5-billion-euro payment due to the International Monetary Fund that same day.

“(How) is it possible the creditors are waiting for the IMF payment while our banks are being suffocated?” he asked, adding: “Once they decide to stop the suffocation, they will be paid.”