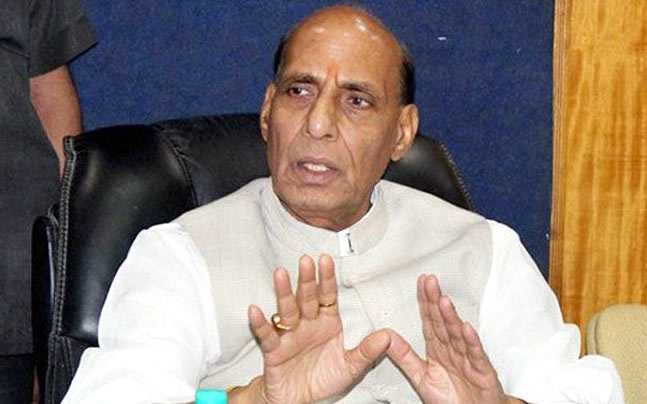 Srinagar: Union Home Minister Rajnath Singh will be on a two-day visit to reviewÂ arrangements for Amarnath Yatra and offer prayers at the Himalayan cave shrine on July 2.Â

The home minister will review the security arrangements for this year’s Amarnath Yatra along with Chief Minister Mufti Muhammad Sayeed and senior officials of state and central security forces on Wednesday, official sources said.Â

“He will also be part of the first batch of devotees to visit the Holy Amarnath Shrine on July 2,” a senior state government official said.Â

This year’s 59-day long pilgrimage to the Himalayan cave shrine in South Kashmir’s Anantnag district will begin on July 2 and conclude on August 29.Â

The cave shrine, situated 14,500 above the sea level, houses an ice stalagmite structure which waxes and wanes with the phases of the moon.Â

Hindus believe the ice stalagmite structure which is called the ‘Lingam’ symbolises the mythical powers of Lord Shiva.Â

On Monday, Union Home Secretary L.C.Goyal carried out an aerial survey of the mountain track to the cave shrine.Â

Goyal also reviewed security at Panchtarni, one of the halting points on the South Kashmir route to the cave shrine.Â

Goyal also reviewed security at Panchtarni, one of the halting points on the South Kashmir route to the cave shrine.Â

Pilgrims use two mountain tracks to reach the shrine, the south Kashmir Pahalgam and the North Kashmir Baltal routes.Â

Those using the North Kashmir Baltal route take just a day’s trek to visit the shrine.Â