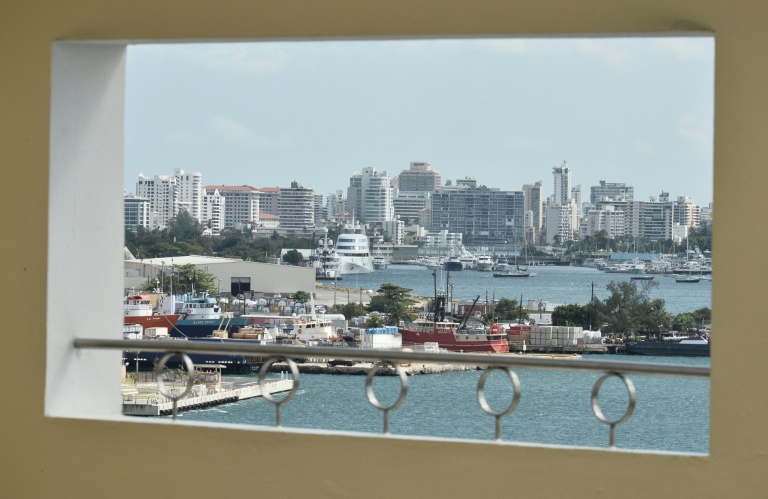 Crushed by liabilities it now cannot repay, Puerto Rico is seeking to reschedule its $73 billion debt, the US commonwealth’s governor said.

“The goal is going to be a moratorium that is negotiated with bondholders to delay debt payments for a number of years, so money is available to be invested here in Puerto Rico, to create jobs,” the governor said in a televised address.

“By sharing the sacrifice with our creditors, we will be able to move forward.

But “Puerto Rico is unable to keep making payments under current terms,” he added, speaking in Spanish.

The governor of the US territory of 3.5 million people — a former Spanish colony where citizens have a US passport but their own Olympic team — said he would urge the US government to change its bankruptcy regulations so that Puerto Rico can declare bankruptcy legally.

He said he was creating a task force to work on overhauling the island’s finances. And the governor promised some cutbacks, though not in education or job creation.

“I am going to fight for jobs as a central goal of this process,” he said.

And “we are not going to let the crushing weight of debt passed down by others put us on our knees,” Garcia Padilla pledged.

“We are not going to be forced to make a choice between paying the police, or paying teachers and nurses, and paying the debt.

“There is another way.”

He warned that “it’s not in anybody’s best interest for this strategy to fail.”

On Monday, the government released a study by ex-officials of the International Monetary Fund and the World Bank that says Puerto Rico’s debt load is unsustainable and needs to be rescheduled.

The country’s “true fiscal deficit is much larger than assumed,” it said.

“Even a major fiscal effort leaves residual financing gaps in coming years, which can be bridged by debt restructuring,” which, it proposed, would mean creditors exchanging existing bonds for new ones with a longer and lower debt service profile.

“The debt cannot be made sustainable without growth, nor can growth occur in the face of structural obstacles and doubts about debt sustainability.”

The White House, which has had a special task force working on the island’s finances for months, said it was not contemplating any bailout of Puerto Rico.

“But we do remain committed to working with Puerto Rico and their leaders as they address the serious challenges,” said spokesman Josh Earnest.

Garcia Padilla and senior staff members told the Times the island would likely seek concessions from its creditors, possibly deferring some debt payments for up to five years.

The financial problems of the Caribbean island have shaken the large market for US municipal bonds, especially after Detroit declared bankruptcy in 2013.

Puerto Rico has been able to sell huge amounts of debt due to its tax-free status in the US municipal bonds market, making its debt more valuable than other city bonds.

But unlike Detroit, which declared itself broke to force creditors to write off some debt, as a commonwealth, the island cannot file for bankruptcy.

That means any default on its debt could take years to resolve.

Meanwhile, island natives and residents of working age increasingly have packed up and moved to the US mainland in droves to work. Florida and the New York City area remain key draws for them.

The Puerto Rican announcement came a day before Greece, likewise struggling with economic contraction and unsustainable debt, is expected to default on its official bailout loans from the International Monetary Fund.

The report on the Puerto Rican economy, released by the Government Development Bank, the main issuer of the island’s debt, said the economy is caught in a vicious cycle: weak public finances fuel investor wariness and low growth, and that in turn increases the budget deficit and debt.

It recommended structural reforms like cutting civil servants’ salaries and the costs of providing public services like electricity and transport.

The local electric company alone is saddled with debt to the tune of $9 billion.

All along it has strongly pushed the idea of a debt restructuring, which will not be easily achieved with creditors.