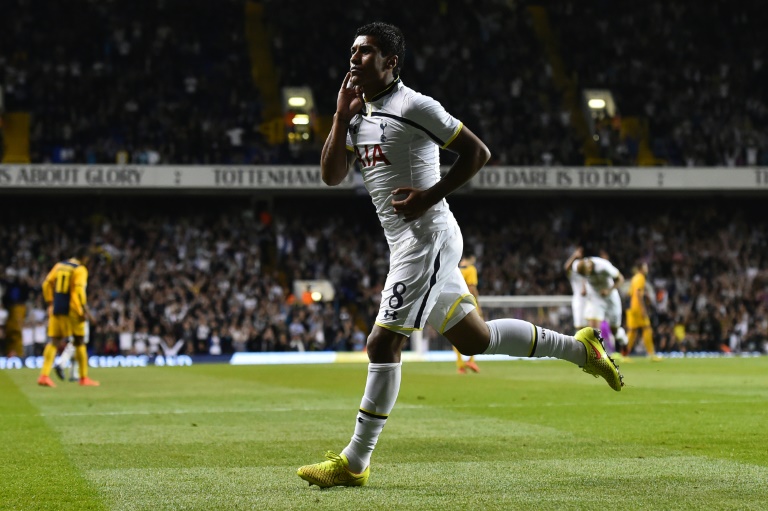 The 26-year-old signed from Premier League side Tottenham Hotspur in his former national team manager Luiz Felipe Scolari’s first deal at the Guangdong outfit after taking over earlier this month.

“Paulinho has formally signed. The transfer fee is 14 million euros and it is for four years,” a statement posted on the club’s website Monday evening said.

Guangzhou are aiming to clinch a fifth successive league title this year, but sit third in the CSL behind leaders Beijing Guoan following a run in which they have won just once in four games.

Paulinho will line up alongside compatriot and CSL record signing Ricardo Goulart, who joined Guangzhou for 15 million euros in January.

Didier Drogba’s former club Shanghai Shenhua announced at the weekend that they had signed Senegal international and former Chelsea striker Demba Ba, without giving a fee.

Paulinho, who has been capped 32 times by Brazil, signed for Tottenham from Corinthians for Â£17 million in 2013.

He played 45 times for the London club, scoring six goals.