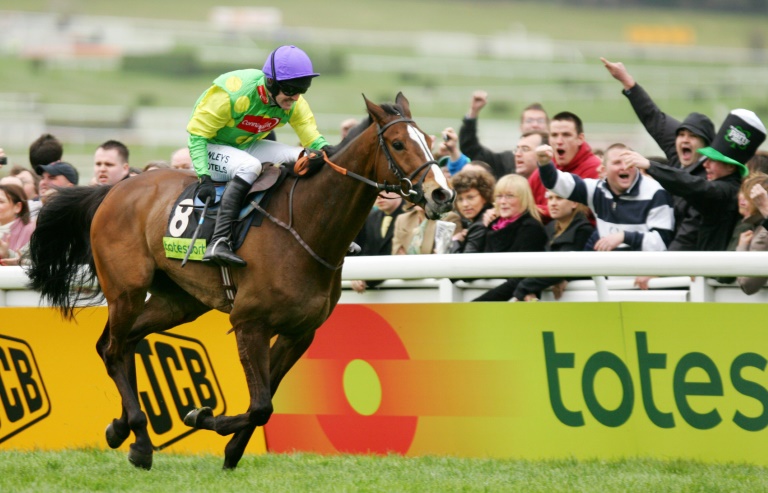 Trainer Paul Nicholls led the tributes on Tuesday to his “legendary” chaser Kauto Star, who has died after complications relating to a paddock fall.

He was transferred for intensive treatment at one of British racing’s leading equine vet hospitals but had to be put down on Monday when his condition deteriorated.

“RIP my friend you were a true Legend. Once in a lifetime,” Nicholls tweeted.

The 15-year-old Kauto Star’s owner, Clive Smith, was present for the premature end to a remarkable racehorse who lit up the British racing stage for much of this century

“He had been turned out…..in the paddock, as has been done normally with him at this time for years, and he looks to have jumped something, and stumbled, we’re not really sure, but he injured himself – and it became obvious it was serious.

“The vets at Valley Equine Hospital did all they could but it became increasingly apparent the injuries were too serious and that it was in the horse’s interests to be put down.”

Bred in France, he was spotted by a bloodstock agent and purchased for Smith and sent to champion trainer Nicholls whose expert guidance helped Kauto Star develop into a chasing superstar.

In all he won 16 Grade Ones, including the Cheltenham Gold Cup in 2007 and 2009, when he became the first horse to reclaim chasing’s blue riband.

He was a regular at Kempton’s Boxing Day meeting, winning every King George from 2006 to 2011 except for 2010, when he took third.

His last ever racecourse appearance came in the Gold Cup on March 16, 2012, when having suffered a bad fall in his build-up he was pulled up.

He added: “I remember the King George in 2009, Kauto Star won by a record 36 lengths and I came second on Madison Du Berlais and I remember watching him when he past and thinking ‘I’ve never seen a horse go so well and run so easily’, it was an amazing sight.”