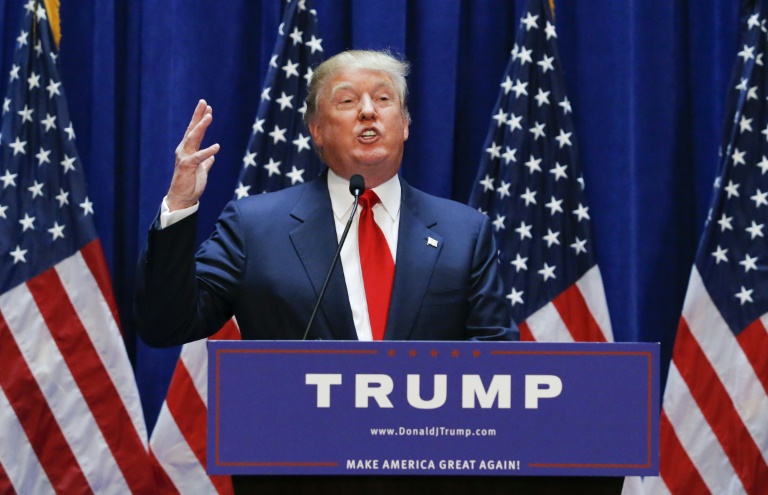 NBC and Televisa severed business ties with Donald Trump, joining a chorus of protests over the mogul turned US presidential hopeful’s remarks about Mexican immigrants.

It means the Miss USA and Miss Universe beauty pageants — for which Trump owns the broadcast rights — will not be aired on NBC, which is a unit of Comcast.

And Trump, 69, will no longer appear in the NBC reality show “The Apprentice,” where he had been a star attraction.

“Mr Trump has shown neither understanding of nor respect for Mexican migrants and has offended the entire population of Mexico,” a Televisa statement said.

NBC and Televisa’s announcements came four days after Univision, the leading broadcaster in the US Spanish-language TV market, broke with the Miss Universe Organization.

Miss Universe is a popular show watched by viewers around the world.

Trump has angered many in America with comments he made in announcing his run for the Republican presidential nomination last week. Hispanics are the country’s fastest growing minority, and the majority of US Hispanics are of Mexican descent and origin.

In a rambling 45-minute speech, Trump said: “When Mexico sends its people, they’re not sending their best.”

Trump’s comments triggered criticism both in the United States and Mexico.

But Trump is not backing down. Over the weekend he said Mexico should pay for a wall along the border it shares with the United States.

“I would do something very severe unless they contributed or gave us the money to build the wall,” Trump said on CNN’s State of the Union.

Trump insisted “you have people coming through the border that are from all over. And they’re bad. They’re really bad”.

“I’m not just saying Mexicans, I’m talking about people that are from all over, that are killers, and rapists,” he said.

On the wall, he said: “Mexico has not treated us well. Mexico treats us as though we are stupid people. Which, of course, our leaders are.”