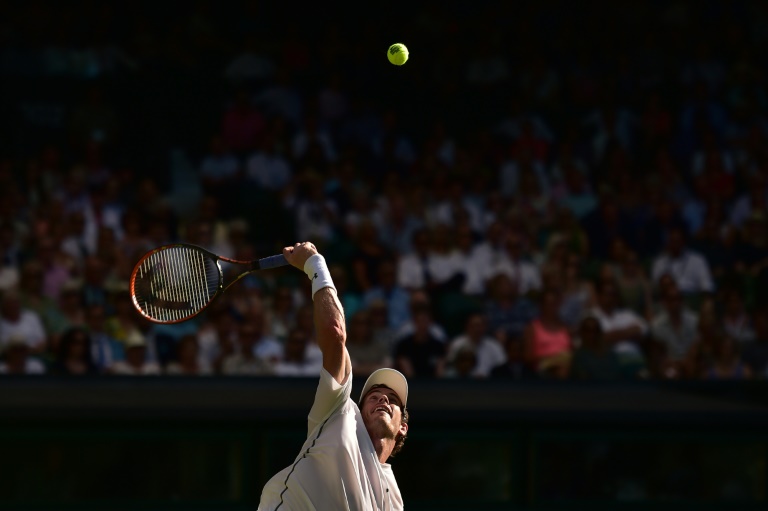 Andy Murray defied sweltering temperatures to kick off his bid for a second Wimbledon title with a comfortable 6-4, 7-6 (7/3), 6-4 victory over Kazakhstan’s Mikhail Kukushkin on Tuesday.

As the mercury soared to 30C at the All England Club, Murray avoided being dragged into a draining battle in the Centre Court sunshine, winning in two hours and 12 minutes to book a second round meeting with Robin Haase or Alejandro Falla.

The 28-year-old Scot has been in sublime form over the last few months, winning his first ever clay-court titles in Madrid and Munich, then following a run to the French Open semi-finals by claiming a record-equalling fourth crown at Queen’s Club.

That success at the Wimbledon warm-up event prompted the world number three to claim he was playing even better than during his historic 2013 triumph at the grass-court Grand Slam.

But Murray was some way from his best in an inconsistent first round display and, given the unusually warm weather, he was just relieved to have dispatched world number 59 Kukushkin with the minimum fuss.

“It was a tough match. I made it hard for myself at the end of the second set,” Murray said.

“There’s still work to be done for me, but I felt my opponent played very well. He made it very uncomfortable for me, so credit to him.

“I was glad to get it done in three sets because it was very hot out there.”

After welcoming heavily pregnant coach Amelie Mauresmo back to his staff just before Wimbledon, Murray found himself pitted against one of the few other male players who also has a female coach.

Russia-born Kukushkin’s wife Anastasia has been his coach for several years since they met when she was training at Moscow’s Spartak club.

Murray’s arrangement with former world number one and Wimbledon champion Mauresmo has been far more high-profile.

Although Murray won both his Grand Slam titles under previous coach Ivan Lendl, he has spoken more warmly of the relaxed approach employed by Mauresmo.

And after a few bumpy patches early in their working relationship, Mauresmo has clearly had a positive impact on Murray, who has mostly dropped his angry on-court persona while playing some of the best tennis of his life over the last six months.

Granted a standing ovation when he arrived on Centre Court, Murray initially rewarded the sun-baked crowd with some sizzling play.

He took the first set in clinical fashion and raced into a 5-2 lead in the second.

However, a lapse in concentration allowed Kukushkin, who was starting to play with more aggression, to reel off four consecutive games.

The Kazakh wasn’t able to press home his unexpected advantage and Murray broke back to force a tie-break that he took with ease.

Murray then stepped up his level again to land the decisive break midway through the third set.