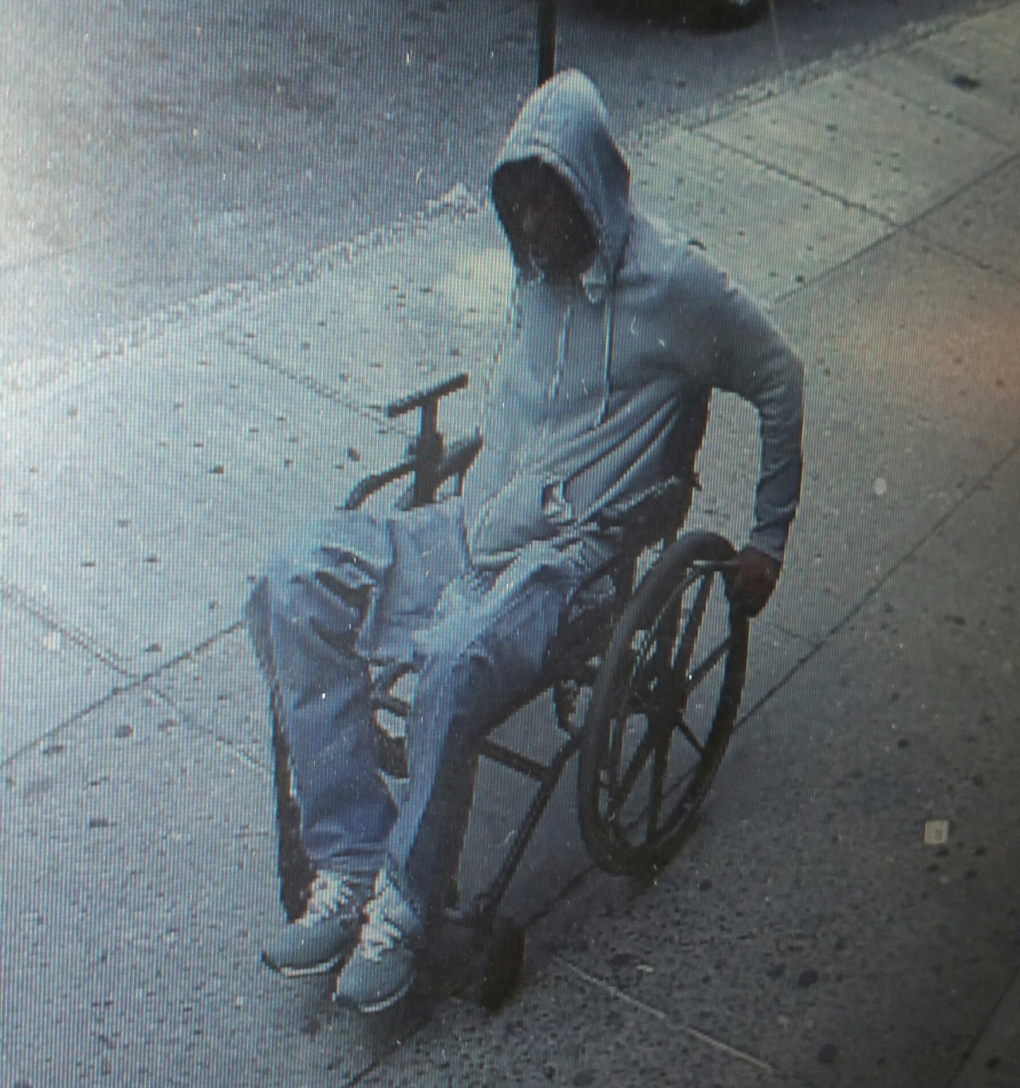 Not the fastest getaway but a wheelchair-bound man in the US robbed a bank and rolled away with more than USD 1,200 in cash.Â

The unidentified suspect, believed to be in his 20s, cruised into the Santander Bank branch in Long Island City and handed the teller a note demanding money, police said.Â

The employee handed over USD 1,200 and the crook scooted out of the bank in his wheelchair, fleeing west down Broadway.Â

As he made his escape, the man was captured on surveillance video rolling past several businesses.Â

The crook told the teller he had a gun, but he never actually displayed a weapon, according to authorities.Â

The apparently disabled suspect was moving so fast in his wheelchair that he was already out of sight by the time the NYPD scrambled helicopters.Â

Investigators were looking at whether yesterday’s heist was an inside job, the New York Post reported.Â

“We are grateful that no customers or any of our colleagues were injured. We are not commenting any further at this time due to an ongoing investigation,” a Santander spokesman was quoted as saying.Â

Customers were left flabbergasted by the unlikely thief.Â

“You really can’t trust anybody,” a customer said..Â

“If he’s not disabled, then he’s taking advantage of those who are by pretending. That’s wrong,” the customer said.