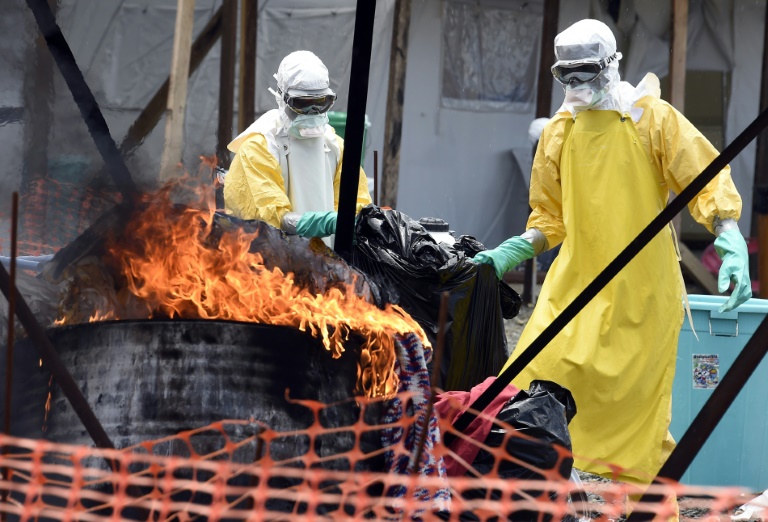 Liberia announced the return of Ebola on Tuesday following the death of a 17-year-old boy, dealing a worrying blow to the country’s recovery three months after its last known case.

Deputy health minister Tolbert Nyensuah told AFP the teenager had tested positive and died in Nedowian, a village beside the international airport, about an hour’s drive from the capital Monrovia.

“We are investigating to know the origin of this new case. We ask all Liberians and all other nationals living in Liberia to continue taking preventive measures,” he had earlier told public radio.

The case comes with the country still reeling from a nightmarish outbreak which wrecked its health service and economy and left thousands dead, just as it was recovering from more than a decade of civil war.

“Liberia now has the capacity to contain the new case, but remains vulnerable until we reach zero Ebola cases throughout the region,” UNMEER, the UN’s Ebola emergency response organisation, tweeted.

Liberia had diagnosed its last victim, the wife of a cured patient, on March 20 — its only case in more than a month — and the country was finally declared Ebola-free six weeks after the woman’s March 28 burial.

Nyensuah said experts had traced and quarantined anyone who may have had contact with the latest victim, without giving numbers or any further details on the patient.

Liberia’s neighbours Guinea and Sierra Leone are both still battling the outbreak, which has killed more than 11,200 people, but the coastal Margibi County where the teenager died is much nearer Monrovia than either border.

The death follows equally disappointing news from Sierra Leone, which reported last week that the capital Freetown has suffered a fresh outbreak of Ebola, three weeks after its last case.

“The body has been buried in a safe manner, so there was a safe burial team that has been dispatched and buried the deceased person properly,” World Health Organization (WHO) spokesman Tarik Jasarevic told reporters in Geneva.

“This really shows that the surveillance system is working. This case has been picked up and has been tested even after death.”

Local media reported that the victim had fallen ill on June 21 and died three days later, although this could not immediately be confirmed.

The epidemic killed more than 4,800 Liberians before the WHO declared the outbreak over in Liberia on May 9.

But several governments and international organisations urged caution, with Washington warning the world not to forget that the outbreak was still going on in Sierra Leone and Guinea.

“We must not let down our guard until the entire region reaches and stays at zero Ebola cases,” White House spokesman Josh Earnest said at the time.

The WHO also warned that because the Ebola outbreaks were continuing in neighbouring Guinea and Sierra Leone, the risk remained high that infected people could re-enter the country.

Sierra Leone and Guinea had been seeing numbers of new cases drop dramatically but the decline has halted and the countries have been recording around 20 to 27 new cases a week since the beginning of May.

During the months of peak transmission from August to November last year Liberia was the setting for some of the most shocking scenes from the west African outbreak, by far the worst in history.

At the height of the crisis in late September Liberia was suffering more than 300 new cases a week, with uncollected and highly infectious bodies piling up in the streets of Monrovia, a sprawling, chaotic city at the best of times.

The health system — embryonic before the crisis, with some 50 doctors and 1,000 nurses for 4.3 million people — was devastated, losing 192 health workers out of 378 infected.

Liberia, which recorded 389 deaths in one week last October alone, finally saw fatality counts drop below 100 late last year, and into single figures by the start of 2015.

News of the re-emergence of the virus comes just a day after Liberia announced that President Ellen Johnson Sirleaf had been congratulated by the head of the UN for ridding the country of Ebola.

“This is with great credit to your personal leadership in uniting the country, and to the determination and resilience of the Liberian people,” a statement from the presidency quoted Secretary-General Ban Ki-moon as saying.