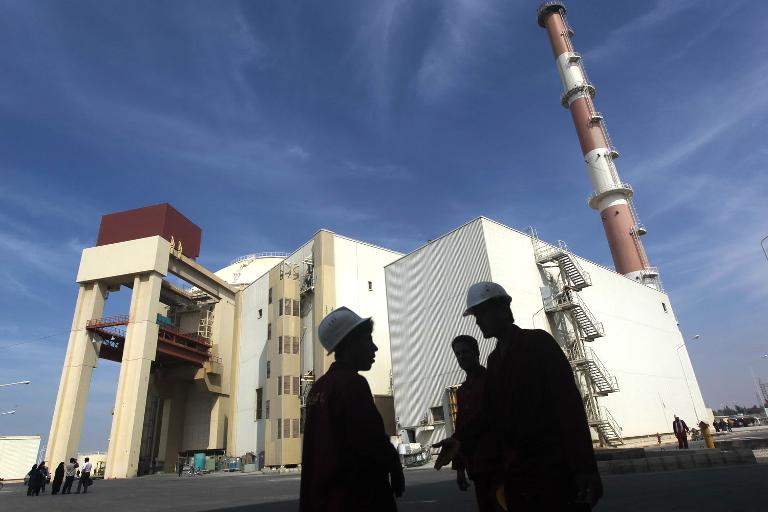 US Secretary of State John Kerry warned Monday it was too soon to tell if a nuclear deal with Iran is possible as he awaited the return of Iran’s foreign minister from consultations in Tehran.

“We’re just working and it’s too early to make any judgements,” Kerry told reporters in Vienna as he met with Yukiya Amano, the head of the International Atomic Energy Agency (IAEA).

The UN watchdog will have a crucial role in verifying Iran’s claims that its nuclear programme is purely peaceful and also to make sure it does not cheat in the future.

More contentiously, the IAEA wants to investigate claims that before 2003, and possibly since, Iran carried out nuclear weapons development work — something denied by Iran — and to be able to probe any such claims in the future.

White House spokesman Josh Earnest acknowledged that Tuesday’s deadline for a deal would be missed, saying “there are still some important unresolved issues.”

The sticking points could not be “resolved in the next 36 hours. It will require additional time, and that’s additional time that our negotiators will take in Vienna in pursuit of reaching an agreement that would prevent Iran from obtaining a nuclear weapon,” he told reporters in Washington.

Even though Earnest spoke of imposing “the most intrusive set of inspections” ever agreed on a nuclear programme, another senior US administration official stressed global powers were not asking for access to every Iranian military site.

“The United States of America wouldn’t allow anybody to get into every military site, so that’s not appropriate,” the official told reporters.

“There are conventional purposes, and there are secrets that any country has that they are not willing to share.”

But the official said global powers had proposed a way forward as part of parameters agreed in Lausanne on April 2 “that we believe will ensure that the IAEA has the access it needs.”

In a possible sign of progress, Russian Foreign Minister Sergei Lavrov said he would arrive in Vienna on Tuesday, coinciding with the expected return of his Iranian opposite number Mohammad Javad Zarif, who flew home Sunday night for consultations.

French Foreign Minister Laurent Fabius, speaking in New York, said he would be back in the Austrian capital this week. It was unclear when his British, German or Chinese counterparts might follow suit.

– Sticking to the parameters –

In April, Iran and the P5+1 group — the United States, China, Russia, Britain, France and Germany — agreed on the main outlines of a deal hoping to end a 13-year standoff over Iran’s nuclear ambitions.

Under the framework, Iran will dramatically scale down its atomic activities in order to make any drive to make a weapon — an ambition it denies having — all but impossible.

This includes slashing the number of centrifuges enriching uranium, which can be used for nuclear fuel but also in a bomb, reducing its uranium stockpile and modifying a planned reactor at Arak.

In return, the powers have said they will progressively ease sanctions that have suffocated Iran’s economy, while retaining the option to reimpose them if Iran violates the agreement.

The US official said now teams were hard at work trying to thrash out the exact details of how to put the April framework into operation.

But turning the 505-word joint statement agreed in April in Lausanne, Switzerland into a fully-fledged, highly technical document of several dozen pages, accompanied by several annexes, has proved challenging.

The US official dismissed as “absurd” allegations that Kerry and his team were going to cave on some of the hardest issues, but warned “there are real and tough issues that remain which have to be resolved.”

“It is certainly possible to get a deal here. We do see a path forward to get a comprehensive agreement that meets our bottom lines, and this path forward has to be based on the Lausanne parameters,” the official said.