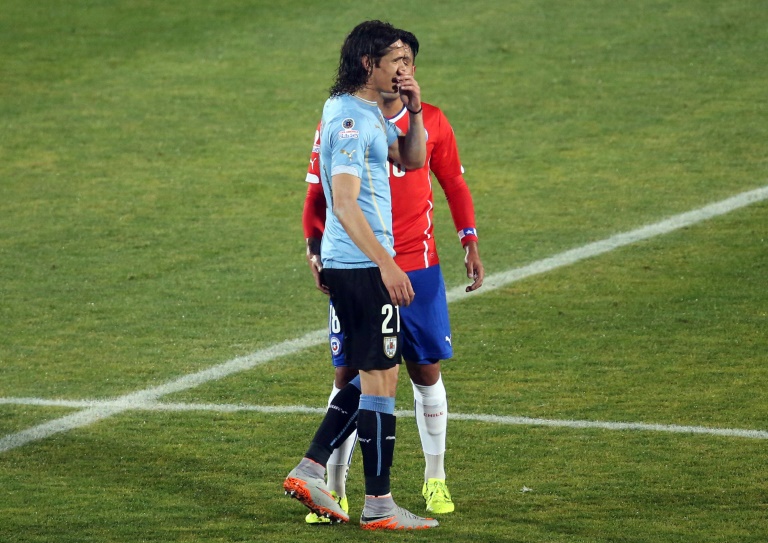 Jara was banned on Sunday following an incident in last Wednesday’s stormy Copa America quarter-final in which he appeared to shove a finger in the backside of Cavani moments before the striker was dismissed for retaliating.

The Chilean Football Federation, which initially said it would accept the decision, appealed the ban and had it reduced by one game, South American football body CONMEBOL said in a statement.

“After studying the appeal by the Chilean federation, CONMEBOL has decided to reduce the suspension of Chilean defender Gonzalo Jara to two matches,” the statement said.

Despite the reduction, it comes too late in the Copa America to help Chile, who face Peru later Monday in the semi-finals.

The suspension rules Jara out of the semi-final and the final if Chile defeat Peru.