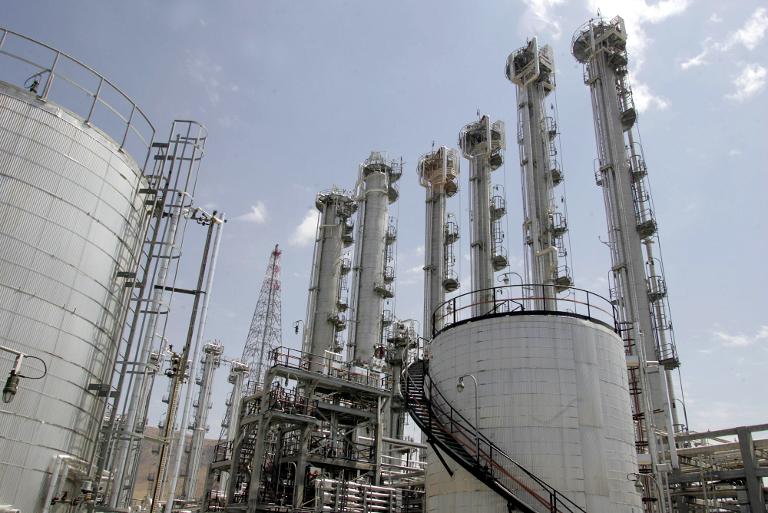 Iran’s foreign minister was due back in Vienna Tuesday accompanied by top advisors and bearing guidance from Tehran that major powers hope will seal marathon negotiations for a historic nuclear deal.

After almost two years of talks, a nominal deadline of midnight (2200 GMT) for an accord was widely expected to be missed, but officials say the negotiations will only last for a few more days.

Foreign Minister Mohammad Javad Zarif flew to Tehran for consultations late Sunday after an intense weekend of talks with other foreign ministers including US Secretary of State John Kerry.

He was expected to return on Tuesday. Iran’s official IRNA news agency said he would be accompanied by his country’s nuclear chief Ali Akbar Salehi, as well as President Hassan Rouhani’s brother and close confidante, Hossein Fereydoun.

In what may be a positive sign, Russian Foreign Minister Sergei Lavrov was also due to arrive. It was unclear when their counterparts from Britain, Germany and China might arrive.

“I would say that the political will is there. I’ve seen it from all sides,” Mogherini told reporters.

“We’ve tasked negotiating teams to continue work immediately tonight on the texts” for an accord, she added.

A US official warned Monday “there are real and tough issues that remain which have to be resolved” as Kerry said “it’s too early to make any judgements.”

In April Iran and the P5+1 group — the United States, China, Russia, Britain, France and Germany — agreed on the main outlines of a deal they hope will end a 13-year standoff over Iran’s nuclear ambitions.

Under the framework, Iran will dramatically scale down its atomic activities in order to make any drive to make a weapon — an ambition it denies having — all but impossible.

This includes slashing the number of centrifuges enriching uranium, which can be used for nuclear fuel but also in a bomb, reducing its uranium stockpile and altering the Arak reactor.

In return, the powers have said they will progressively ease sanctions that have suffocated Iran’s economy, while retaining the option to reimpose them if Iran violates the agreement.

But turning the 505-word joint statement agreed in April in Lausanne, Switzerland, into a fully-fledged, highly technical document of several dozen pages and around five annexes, has proved hard work.

Key sticking points are thought to include the pace and timing of sanctions relief, the mechanism for their “snapback” and Iran’s future development of newer, faster centrifuges.

Another thorny topic is role of the International Atomic Energy Agency (IAEA) watchdog, whose chief Yukiya Amano met Kerry on Monday and who has been spotted several times entering the luxury Viennese hotel where the talks are being held.

Under the mooted deal, it will be up to the IAEA, which already keeps close tabs on Iran’s declared nuclear sites, to verify that Iran really does reduce its capacities.

But the P5+1 also want the IAEA to have wider inspection rights to verify any suspicious activity that might indicate work in secret on a nuclear bomb.

This could include the IAEA visiting military bases, something that Iran’s supreme leader Ayatollah Ali Khamenei last week rejected as a “red line”.

A probe into allegations of such activity, before 2003 and possibly since, has been stalled for some time but clearing up these claims is a key condition of the six powers for a deal.

The senior US administration official stressed global powers were not asking for access to every Iranian military site.

But global powers had proposed a way forward as part of the Lausanne guidelines “that we believe will ensure that the IAEA has the access it needs.”