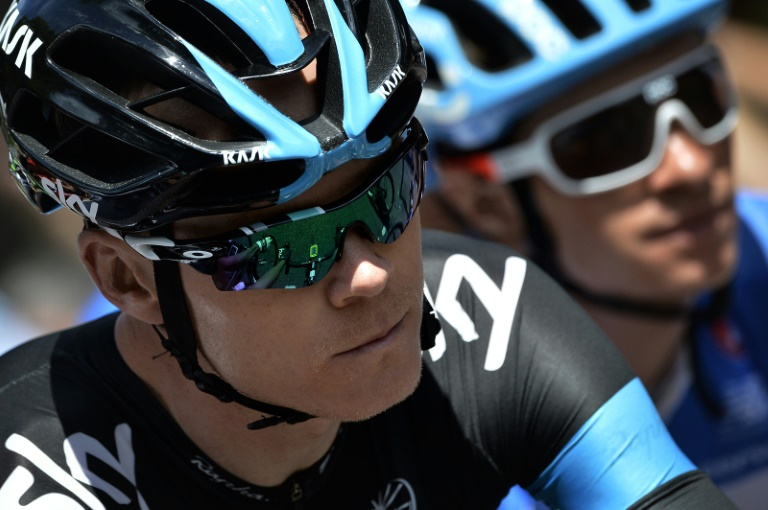 Chris Froome hopes to gain extra motivation for this year’s Tour de France from his experience of crashing out as defending champion 12 months ago, the British cyclist said Monday.

As expected, the 30-year-old was confirmed in a Team Sky line-up on Monday for the Tour, which remains the cycling’s most prestigious road race, along with Richie Porte, Geraint Thomas, Peter Kennaugh, Ian Stannard, Luke Rowe, Nicolas Roche, Leopold Konig and Wout Poels.

Continuing the trend for the event to start outside of France, the 2015 Tour will begin in the Dutch town of Utrecht on Saturday.

“From the moment I crashed out in 2014, I’ve had the burning desire to get back to this year’s Tour in the best possible shape.

“We’re counting down the days. We can’t wait to get started and we are up for the challenge ahead.”

Meanwhile, Sky boss Dave Brailsford said: “We’re all looking forward to a great race and we have a strong team — led by Chris Froome — that’s hungry for success.

“I’m confident that Team Sky will be competitive — but of course we can take nothing for granted.”

This year’s Tour has been billed as a four-way fight for the yellow jersey involving Froome, defending champion Vincenzo Nibali of Italy, Spain’s Alberto Contador and Colombia’s Nairo Quintana.

“What we do have is a great competition on the horizon. We have got four of the world’s best riders all going head-to-head,” said Brailsford.

“It looks like it’s the first time they are all going to be in top form at the Tour de France, and it’s hard to choose between them.

“But Chris is up for it and I’m sure he’ll give a great account of himself.”

Monday’s announcement came just days after Froome revealed he had missed two drugs tests, one in 2010 because of confusion over the time of a training session, and another earlier this year when hotel staff would not allow an anti-doping team access to his room.

Brailsford, who has been keen to have Sky at the forefront of efforts to rid cycling of doping, said he had no qualms in accepting Froome’s explanations for both missed tests.

“Team Sky wants to take a leadership position in trying to demonstrate that this is a clean sport and it can be done clean, and that’s our situation. It always will be,” Brailsford said.

“With regards to Chris, he missed his first test in 2010 and one more recently, but I was satisfied.

“He phoned me straightaway. He was at a hotel, the receptionist wouldn’t allow the tester to go to his room — ‘You can’t disturb our customers’, they wouldn’t phone up et cetera, et cetera.

“He didn’t know they were there. He came down for breakfast and was told by the hotel staff obviously that they had been there to try to test him.

“I don’t think there is any cause for concern there.”