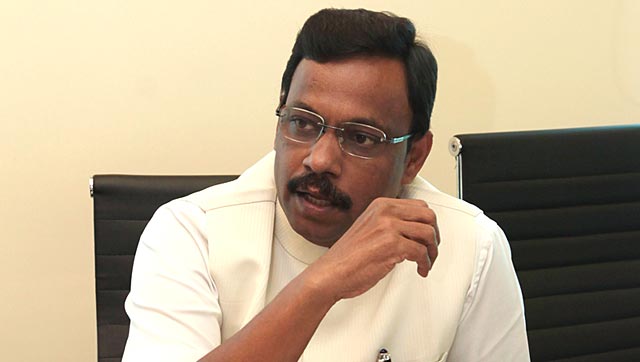 Mumbai: In fresh trouble for the BJP-led Government in Maharashtra, Education Minister Vinod Tawde is facing allegations of irregularities in connection with awarding of a Rs 191 crore contract without inviting tenders, a charge denied by him.

The fresh allegation against a Maharashtra minister comes close on the heels of a similar charge against Women and Child Welfare Minister Pankaja Munde.Â The back-to-back scandals were the first to hit the eight-month-old state government headed by chief minister Devendra Fadnavis.

The Finance Department has sought a probe into the irregularties pertaining to a contract awarded by the School Education Department for buying fire extinguishers without e-tendering for Zilla Parishad schools across the state.

The contract, cleared by Tawde, has been put on hold after the Finance Department objected to it.

Tawde, a high profile BJP member in the Devendra Fadnavis cabinet, refuted the allegation as did Munde last week about charges hurled at her by the Opposition Congress.

“Not a single rupee has been paid to contractors. We stopped the order immediately after the Finance Department raised objections,” Tawde told reporters today.

On February 11, the department issued a government resolution authorising the office of the Education Director (Primary) to enter into a rate contract for supply of 62,105 fire extinguishers for Zilla Parishad schools across the state.

Each fire extinguisher was to be procured at a price of Rs 8,321 and each school was to be provided three pieces.

Meanwhile, top BJP ministers in the Devendra Fadnavis-led government in Maharashtra today rushed to defend Tawde, who maintained that there was no wrongdoing on his part in the alleged Rs 191 crore scam.

“The Opposition is making a mountain out of mole hill,” Mungantiwar said.