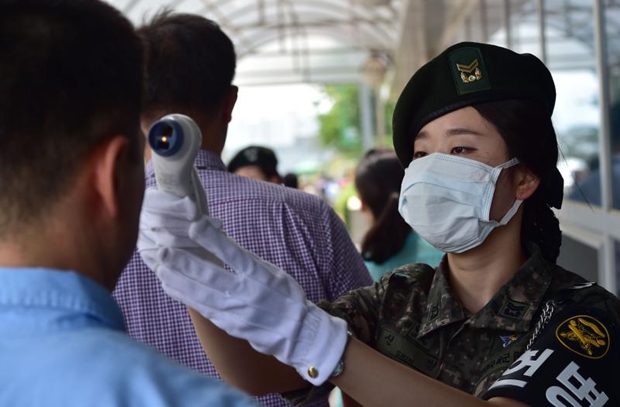 Washington: Â As the South Korean epidemic of Middle East Respiratory Syndrome (MERS) continues unabated, researchers have raced to find treatments for the deadly virus, which has killed more than 400 people since it was first discovered three years ago in Saudi Arabia.

Researchers discovered and validated two therapeutics that show early promise in preventing and treating the disease, which can cause severe respiratory symptoms, and has a death rate of 40 per cent.Â

These therapeutics are the first to succeed in protecting and treating animal models of the MERS virus, researchers said.Â

“While early, this is very exciting, and has real potential to help MERS patients,” said lead researcher, Matthew B Frieman, from the University of Maryland School of Medicine (UM SOM).Â

“We hope that clinical study will progress on these two antibodies to see whether they can eventually be used to help humans infected with the virus,” said Frieman.Â

The two antibodies, REGN3051 and REGN3048, showed an ability to neutralise the virus.Â

The research, done in collaboration with Regeneron, a biopharmaceutical company based in Tarrytown, New York, used several of the company’s proprietary technologies to search for and validate effective antibodies targeting the virus.Â

MERS was first discovered in 2012 in Saudi Arabia. It appears that the disease spread to humans from camels, who may themselves been infected by bats, researchers said.Â

Research has shown that it is similar to Severe acute respiratory syndrome (SARS); both are caused by Coronaviruses, both cause respiratory problems, and both are often fatal.Â

This work relied on Regeneron’s VelociGene technology to create partially humanised mice that can be infected with MERS.Â

“Mice are typically not susceptible to MERS,” said Frieman, who is an expert on both MERS and SARS, as well as other emerging viruses.Â

“This new mouse model will significantly boost our ability to study potential treatments and help scientists to understand how the virus causes disease in people,” said Frieman.Â

The South Korean outbreak began last month when a traveller returned from Saudi Arabia, and infected many people before officials realised he had the disease.Â

“So far, around 180 people have been infected in South Korea, and nearly 30 have died,” researchers said.Â

“Prof Frieman’s work provides the first glimmer of hope that we can treat and cure this threatening virus,” said Dean E Albert Reece, the vice president for Medical Affairs, University of Maryland.Â