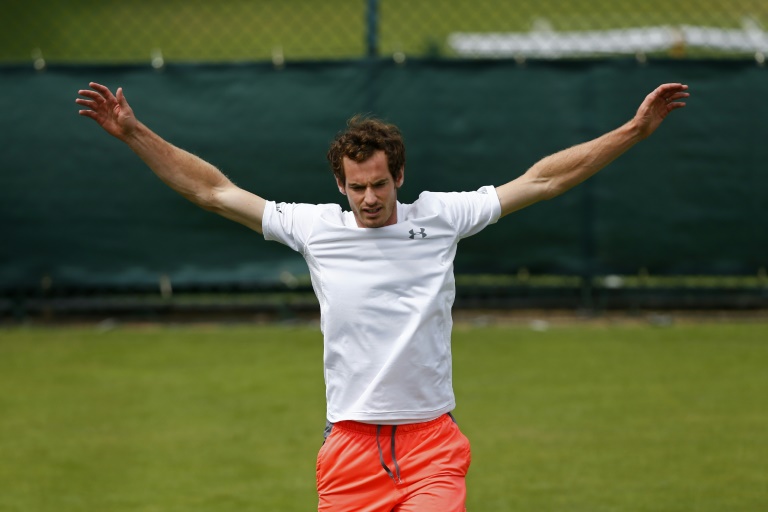 Second seed Federer, the seven-time champion, faces Damir Dzumhur of Bosnia, who he beat at the French Open this year, 2013 winner Murray takes on Mikhail Kukushkin of Kazakhstan while Nadal, the 2008 and 2010 champion, plays Brazil’s Thomaz Bellucci.

Federer, bidding for his 18th major, says he is in the perfect condition to win Wimbledon for a record eighth time as the Swiss great bids to avenge last year’s “heart-breaking” final defeat.

Federer’s last appearance at the All England Club 12 months ago ended in the despair of a five-set loss against Novak Djokovic that left him shedding tears.

“If I look at last year, I see more the positives than actually the heart-breaking loss in the final,” said Federer, fresh from his eighth Halle grasscourt title last week.

“It goes to show that last year, I wasn’t playing great and I made the finals. Whereas now I feel my game is better. I can really aim for Wimbledon this year. I feel like I see a big picture more now.”

World number 87 Dzumhur, a political science student, is the first Bosnian man to play in the Wimbledon main draw.

The 23-year-old from Sarajevo had two of the biggest wins in his career — over former top tenners Mikhail Youzhny and Marcos Baghdatis — to reach the third round at the French Open where he lost to Federer in straight sets.

Murray takes a 2-0 career lead over world number 58 Kukushkin into their opener on Centre Court. Like Murray, Kukushkin is coached by a woman — his wife Anastasia.

Murray beat his rival twice in 2012 at Brisbane and then at the Australian Open in the fourth round. That remains Kukushkin’s best run at a major although he did reach the third round at Wimbledon in 2014 where he lost to Nadal.

Nadal is seeded at a lowly 10 this year but has a 4-0 career lead over 27-year-old Bellucci, the Brazilian he also beat in the Wimbledon first round in 2012.

The 23-year-old Bertens is ranked at 108 having been as high as 41 in 2013 and made the semi-finals on grass at ‘S-Hertogenbosch two weeks ago.