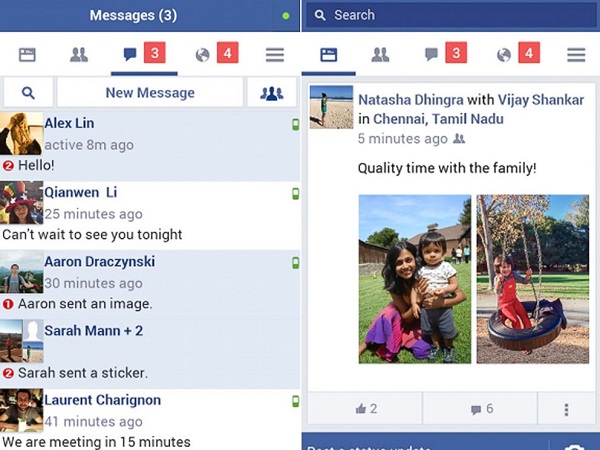 Now, you can surf through your Facebook application even while travelling to a rural area or a place where you are doubtful of your handset receiving 3g connections.

To make it work for you, Facebook has launched a new version of its app for Android phones in India.

Aimed at emerging markets, Facebook Lite is a lighter version that has been optimised for slower data connections.

â€œThere are a large number of users, who are on 2G, and one of the feedbacks we have received is that the app does not load fast on some devices. This lighter version has been developed so that the app works well across all network conditions and on all types of phones,â€ said Product Manager at Facebook Lite Vijay Shankar.

He said the two important aspects of the new app were its small size (430 KB) and low data usage.

The app is available in countries across Asia and will soon make its way to parts of Latin America, Africa and Europe, Vijay Shankar, product manager for Facebook Lite.

In many of those countries, people still use 2G networks, which are much slower and have less power than 4G networks in developed nations.

The app uses less than half of a megabyte of data to limit data usage and rates for those in emerging markets. While it still supports Facebookâ€™s News Feed, status updates, notifications and photos, it does not support videos and advanced location services. All devices running Android 2.2 and higher are supported.

The interface is quite similar to the original Facebook Android app, apart from a few design changes in icons along with a larger font size used. Images take a few seconds to load whilst being on the 2G network. Also, the app takes just a little while to start up but once you are logged in, you should not experience any problems.