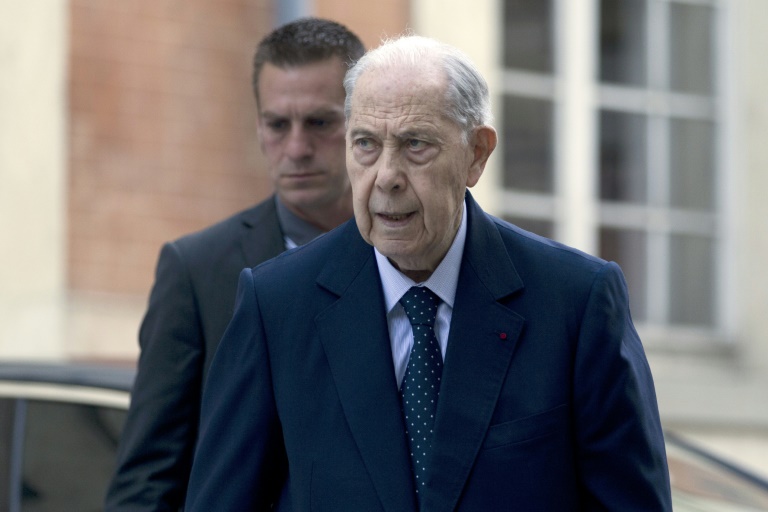 Pasqua, a veteran of the Gaullist movement, spent more than half a century at the heart of French politics in a career punctuated by no-nonsense policies targeting terrorism but overshadowed by funding scandals.

He died in a hospital in the Paris suburbs.

Former French president Nicolas Sarkozy, to whom Pasqua was a mentor in his earlier years, paid homage to “one of France’s greatest servants.”

“It is with very great sadness and with huge emotion that I learned of the passing of Charles Pasqua,” Sarkozy said in a statement.

Pasqua first served as interior minister under Chirac’s prime ministership from 1986 to 1988, and then again under Edouard Balladur from 1993 to 1995.

During his political career he earned a reputation as a no-nonsense operator, and orator.

Among his well-known quotes were “you have to terrorise terrorists” and “democracy stops where the state’s interest starts.”

He also served in the European parliament and was in 2004 re-elected to the French Senate, where he served until 2011.

Pasqua faced judicial investigations in France for several affairs, and in 2009 a court confirmed a guilty verdict for the illegal funding of his 1999 EU parliament campaign.

A year later another court handed him a one-year suspended sentence in connection with the misappropriation of public funds to the benefit of Sofremi, a company overseen by the interior ministry.

At the time of his death, Pasqua was also appealing a two-year suspended sentence and 150,000 euro fine for misappropriation of public funds in connection with a project to establish an art foundation.

He was cleared however in a case involving the alleged sale of contraband arms to Angola, and of UN corruption charges in connection with Iraq’s oil-for-food programme.

Born on April 18, 1927 to a Corsican family settled in southern France, Pasqua joined the French resistance in 1943. Four years later, he became a member of General Charles de Gaulle’s Rally for the French People (RPF).

In 1976, he helped Chirac set up the neo-Gaullist Rally for the Republic (RPR) and remained close to the future president for years, later becoming a mentor to Sarkozy, who served as president until 2012.