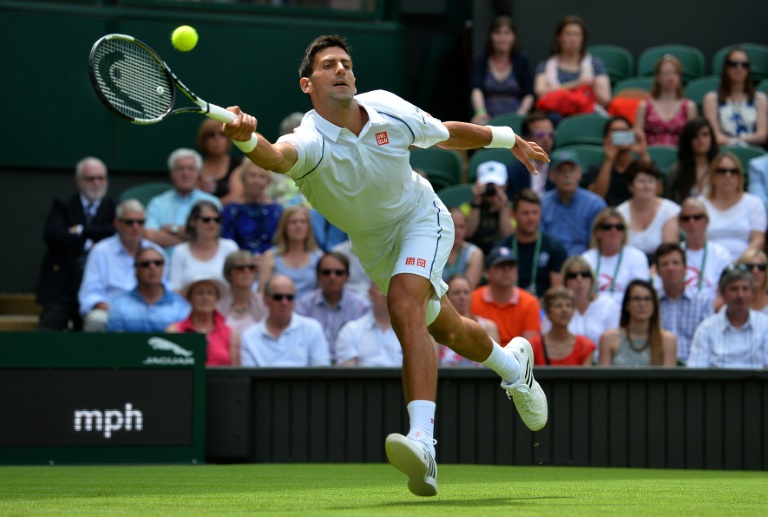 Defending champion Novak Djokovic fears he is becoming the victim of a smear campaign after his opening Wimbledon victory on Monday was overshadowed by more allegations of cheating.

The world number one and top seed eased to a 6-4, 6-4, 6-4 win over Germany’s Philipp Kohlschreiber on Centre Court but many eyes were glued to the Serb’s coach Boris Becker after the German legend admitted he employed ways to instruct his player even though coaching is banned during a match.

Djokovic had spent large parts of the weekend defending Becker, a three-time Wimbledon winner, but admitted that many coaches use subtle means to encourage their players.

The usually affable Djokovic added: “I’m going to say that there are certain ways of communication which is encouragement, which is support, which is understanding the moment when to, you know, clap or say something that can lift my energy up, that can kind of motivate me to play a certain point. But it’s all within the rules.”

Djokovic insisted that if the media wanted to pursue their line of questioning then they should talk to Becker.

He refused to divulge if the German’s means of encouraging him were in use on Monday where the Serb opened the two-week tournament.

It’s not a new controversy for Djokovic — he has twice been rapped for coaching in the past, although on both occasions it was before Becker came on board to work alongside long-time coach Marian Vajda.

“If I am breaking any rules or my team does, I would be fined for that, right? The chair umpire would say, Coaching penalty, and that’s it. Or the supervisor, or whoever,” he said.

“I think it has happened in my life, no doubt about that. Of course, I accept the fact if my coach, Boris or Marian, do say something that is against the rules that are in place, I have no complaint about the code violation that I get for coaching. So, I mean, I’m completely fine by that.”

Djokovic said the issue had not been discussed with Becker or any of his support team before Monday’s match.

The world number one was playing his first match since his defeat to Stan Wawrinka at the final of the French Open three weeks ago ended his hopes of completing a career Grand Slam.

He will now face Finland’s Jarkko Nieminen for a place in the last 32.

“This is the cradle of our sport,” said Djokovic on his return to Centre Court where he defeated Roger Federer in five sets in the 2014 final.

“There is no bigger tournament in our sport than Wimbledon. It’s always a special feeling to come out here as defending champion. There’s always a few butterflies.”

Djokovic, also the 2011 champion, hit 12 aces and 36 winners past world number 33 Kohlschreiber for a seventh win in eight meetings with the German.