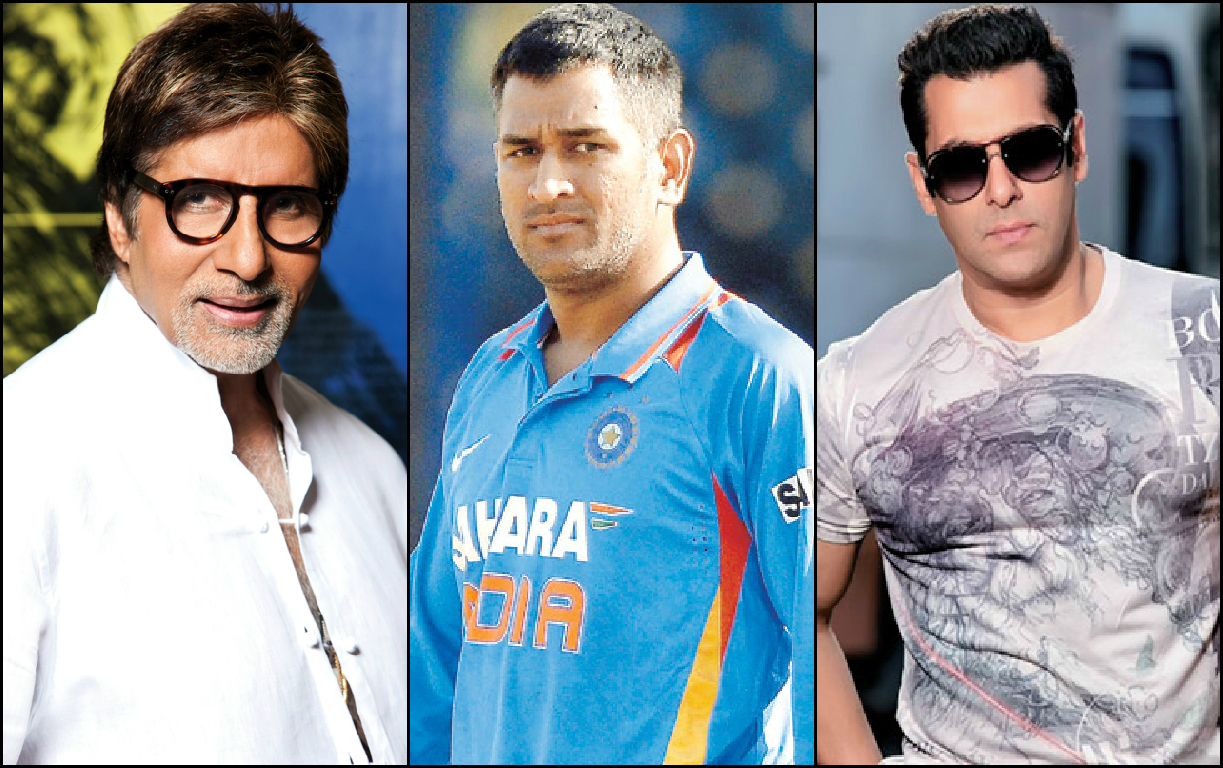 Mumbai: India’s ODI skipper Mahendra Singh Dhoni has made it to the Forbesâ€™ annual list of worldâ€™s 100 highest-paid celebrities brushing shoulders with B-town stars such as Amitabh Bachchan, Salman Khan and Akshay Kumar.

The Forbes 2015 list of ‘Celebrity 100: The World’s Top-Paid Entertainers 2015’ has been topped by American boxer Floyd Mayweather with earnings of $300 million.

Breaking into the elite global club, Amitabh Bachchan and Salman Khan are tied for the 71st rank with earnings of $33.5 million each.

Notably neither Indiaâ€™s biggest superstar Shah Rukh Khan, nor any woman celebrity from the country has made it to the list.

Forbes, which releases the Celeb 100 list every year since 1999, said given the profound changes in the entertainment world, it changed its methodology and for the first time, made the list â€œtruly international, instead of using US-centric power metrics, weâ€™re simply ranking the worldâ€™s 100 highest-paid celebrities, regardless of nationality.â€

On Amitabh Bachchan, Forbes said the â€œBollywood stalwartâ€ has starred in more than 150 movies in his 50-year career. Forbes noted that Amitabh Bachchan bolsters his earnings as the longstanding host of Indiaâ€™s version of â€œWho Wants To Be A Millionaire?â€ (Kaun Banega Crorepati), which aired its eighth season in 2014.

Forbes said Salman Khan is â€œone of Indiaâ€™s biggest starsâ€ and has appeared in some 80 movies. Salmanâ€™s â€˜Being Humanâ€™ clothing line clocked $30 million in 2014 revenue, with proceeds going to his foundation.

Akshay Kumar is one of Bollywoodâ€™s busiest leading men, filming an average of four movies a year. Kumar earns top rupee for roles in 2014 movies such as â€˜Holidayâ€™ and â€˜Entertainment,â€™ Forbes said.

On MS Dhoni, Forbes said the Indian sportsman retired from Test cricket at the end of 2014, ceding his Indian national team captainship to fellow star Virat Kohli, but he remains Indiaâ€™s captain at the ODI and T20 formats.

He is co-producing â€œM S Dhoni: The Untold Story,â€ an upcoming biopic that has been fraught with delays but has already funneled some $3 million into the Indian starâ€™s pockets.

Boxer Manny Pacquiao is ranked second taking home $160 million on the year. The Celebrity 100 list measures the earnings of the highest-paid entertainers on the planet over the past 12 months.