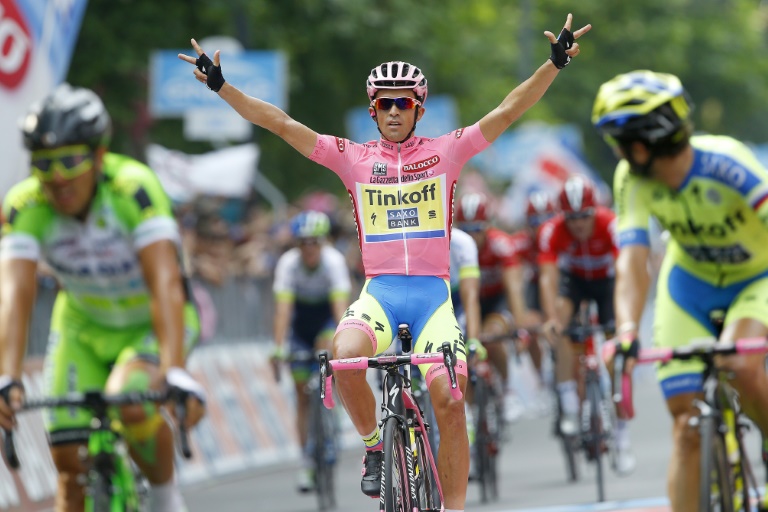 But for a two-year doping ban for taking clenbuterol, Alberto Contador would surely have already cemented his name in the annals of cycling’s greats.

Had it not been for that ban, which was back-dated to cover 18 months during which he continued to race as various appeals and counter-appeals were heard, Contador would already be a three-time winner of all three of cycling’s Grand Tours.

Yet he was stripped of his 2010 Tour de France victory and his 2011 Giro d’Italia success.

With or without those wins he has only once finished outside the top five in Grand Tours that he finished.

In fact, his current statistics say that of the 10 Grand Tours he started, he won seven of them, was fourth at the 2013 Tour and crashed out of the 2014 edition, with a 31st place finish at the 2005 Grand Boucle, his first ever three-week race, his only finish outside the top five.

It means that when Contador lines up on a Grand Tour start line, he should automatically be considered the favourite, as he usually wins.

His status as a giant of the three-week races is unquestioned but there is a black mark over the first half of his career.

Suspected of involvement, albeit unproved, in the Operation Puerto doping scandal in 2006 and then eventually receiving a back-dated ban in 2012, Contador will struggle to ever really shed the burden of doping suspicion from his shoulders.

Yet even now in an era considered far cleaner than the one into which he launched his professional career, Contador has continued to win consistently — one can hardly argue he is not one of the best of his generation.

Whereas his early Grand Tour victories saw him beat riders who would later be disgraced — Levi Leipheimer was third at the 2007 Tour and second in the Vuelta a year later, while Riccardo Ricco was second at the 2008 Giro d’Italia — Contador has still won and beaten top class opposition in recent years when doping was considered far less prevalent.

There are certainly no suspicions over his Vuelta wins in 2012 and last year, nor his Giro success in May this year.

He ramins a talented climber and he has impressed these last couple of years with his sheer determination.

Contador won the Vuelta last year on will alone, digging in grimly to hang onto Chris Froome’s attacks in the mountains, before using his faster finishing skills to snatch time in the final kilometre.

He had likewise clung to Froome’s back wheel with great determination in the pre-Tour warm-up the Criterium du Dauphine last year.

Limiting his losses to Froome in the timetrials and then distancing the Kenyan-born Briton with a better uphill sprint on summit finishes seemed his tactic of choice 12 months ago.

But the task will be more complicated this time around as reigning Tour champion Vincenzo Nibali and Colombian climber Nairo Quintana will also pose considerable threats.

Contador’s advantage perhaps is that only Nibali can match him for descending and tactical nous, while he is able to battle both Froome and Quintana when the road goes up.

He is a more complete rider than Froome or Quintana and a better climber than Nibali.

What will most likely work against him, though, is his attempt at a Giro-Tour double.

He rode a gruelling three-week race in May while his overall rivals were specifically preparing for the Tour.

The last time he attempted such a trick, in 2011, he could finish only fifth at the Tour after winning the Giro — although he was stripped of both results.

It’s a tough ask, even for one as talented as Contador and crunch-time will come in the final week of the Tour with four back-to-back mountain stages.

Yet if anyone could do it, the consistently competitive Contador must surely be that man.