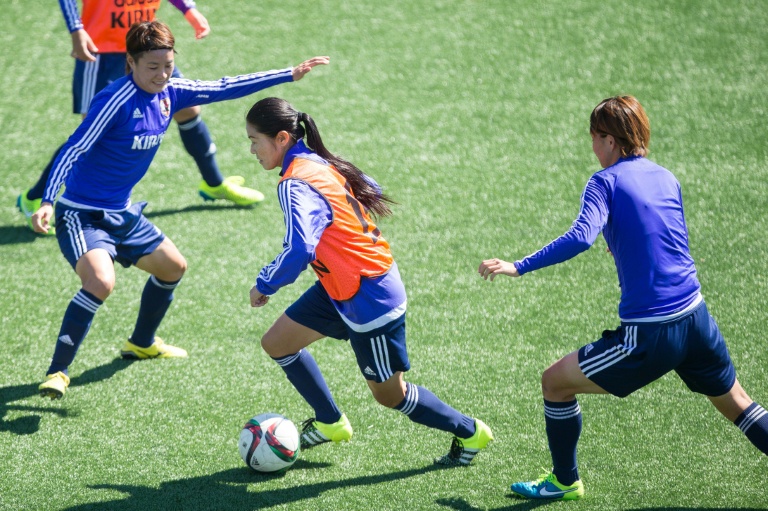 Champions Japan face a real threat from England as the Asian giants look to keep their Women’s World Cup title defence on track in Wednesday’s semi-final in Edmonton.

Japan’s ‘Nadeshiko’ are the only unbeaten team left after opening their campaign with a 1-0 win over Switzerland three weeks ago in the sunshine of Vancouver’s west coast.

England by contrast started their quest for a maiden title with a 1-0 loss to France in windy and wet conditions on the east in Moncton.

But England’s ‘Lionesses’ have been gaining momentum, beating Mexico, Colombia, 1995 champions Norway and hosts Canada all by 2-1 scorelines, to reach their first semi-finals.

Japan overran Australia 1-0 in the quarter-finals and have won all their games by a one-goal margin with the impressive depth of their team demonstrated by their seven goals having come from different players.

The ‘Nadeshiko’ defence is also solid — they have conceded just two goals in five matches.

But England’s front line have put in eight goals with Lucy Bronze and Karen Carney both scoring twice.

England coach Mark Sampson believes his sixth-ranked side can take heart from being unbeaten against the Japanese, ranked fourth, in their three previous matches.

England were the only team to beat Japan at the 2011 World Cup, winning 2-0 before the Asian side went on to claim the title. They also played out a 2-2 draw in 2007 tournament.

“I’m not sure there are underdogs any more,” said Sampson.

“They’ve been one of the most exciting teams to watch, they haven’t scored many goals but they haven’t conceded many, we’re playing the current world champions, it’s going to be a huge challenge.”

Japan coach Norio Sasaki brushed aside talk of past results.

“We will not think of negative past results just focus on those on front of us,” he said.

But Bronze warned: “Japan are the favourites, we know that, but we’re confident. We know how we can beat them. England are going all the way!”

Sampson is hopeful goalie Karen Bardsley will be fit after leaving the quarter-final against Canada in the second half with swelling under her right eye, and being replaced by Siobhan Chamberlain.

Bardsley has started each of England’s five games and conceded a goal in each.

Both sides have high expectations at home with Englandâ€™s historic run to the semi-finals attracting millions of viewers.

The team have been overwhelmed with messages on social media – from former England men’s captain David Beckham to current skipper Wayne Rooney.

Kelly Simmons, FA director of women’s football, told BBC Sport: “It feels like the nation has fallen in love with the Lionesses.

“It’s a tipping point as many millions have got behind them.”

“Awareness levels have never been higher surrounding the quality of women’s football and all the work that has gone into helping them get where they are now – which is competing at the very top.”

And the Japan coach also said expectations of delivering back-to-back titles were high at home.

“We would like to fight very hard thinking of the people who support us back in Japan,” he said.

“The emotion that we created in 2011 we certainly would like to be able to recreate that for the Japanese people.”

And Sasaki believes his side have an advantage having played their previous game in Edmonton’s Commonwealth Stadium with England travelling 1,160km from Vancouver.

“The opponents will be coming from Vancouver and I strongly feel that will be an advantage for us,” he said.

The winner will play one of the world’s top two teams – either Germany or the United States – with the former two-time winners clashing in Montreal on Tuesday.