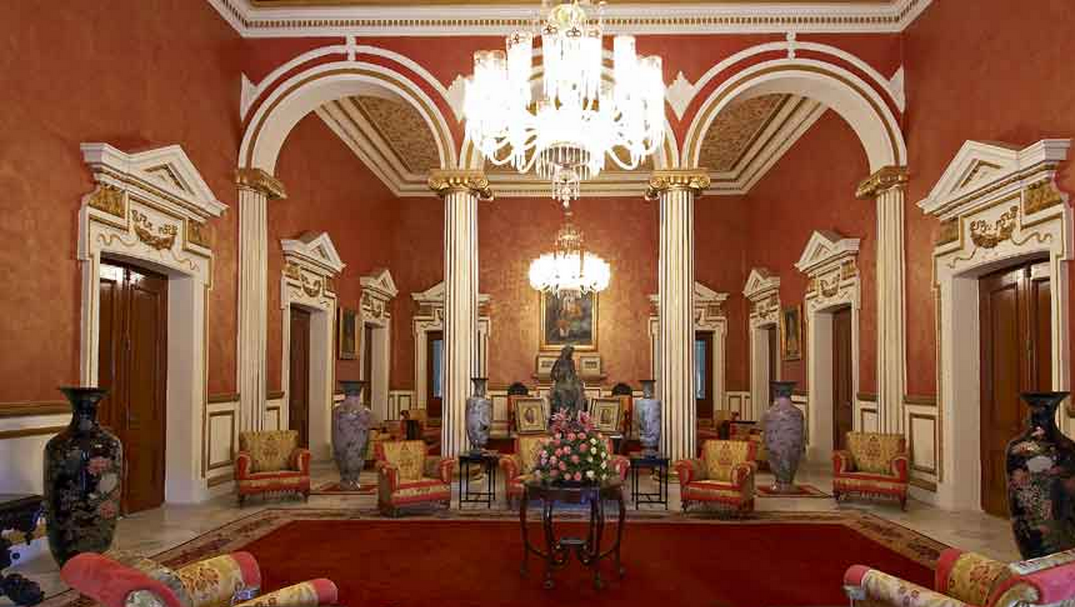 The Dholpur palace, located about 40 km from Agra, originally belonged to the royal family of Hemant Singh, the estranged husband of Vasundhara Raje, who is the Chief Minister of Rajasthan.

It is now listed as an asset of a firm co-owned by Lalit Modi, BJP leader Raje and her son, Dushyant Singh,

A 1949 document showed the city palace of Dholpur was a state property but the then Maharaja Udaibhan Singh was to remain in possession and use the property during his lifetime.

The Raje-Modi-Dushyant story is still unfolding. Secrets from the dark corridors of the Dholpur Palace are likely to stumble out soon.

The palace, with eight rooms and 18 villas according to its website, is run as a luxury hotel by a firm Raje co-owns with her son, Dushyant Singh, and tainted cricket tycoon Lalit Modi.

According to its website,Â The Dholpur Palace was built “to welcome His Royal Highness Albert Edward, when he visited in 1876.”

In 1972, Hemant got married to Vasundhara Raje. But soon after the birth of their only child Dushyant, the marriage turned acrimonious and the two separated. A bitter battle for divorce followed. The marriage was annulled by a court, but the decree was challenged by Raje.

The disputed holdings included the City Palace of Dholpur, a house in Delhi’s Panchsheel Marg, a number of vintage cars, including a few Rollâ€™s Royces, agricultural land, a lodge at Shimla. Together they were estimated to be worth around 250 crore.

The dispute went on for three decades. But in 2007, when Raje was the chief minister of Rajasthan, it was settled and legally approved by the Additional District Judge of Fast Track Court Number 2 in Bharatpur.

Hemant Singh got rights over the property in Delhi while Dushyant became the owner of the Shimla lodge and the properties in Dholpur including the City Palace,Â adjoing land and palaces, a lush-green garden, around two dozen vintage cars and the jewels kept in the treasury atÂ Dholpur Palace.