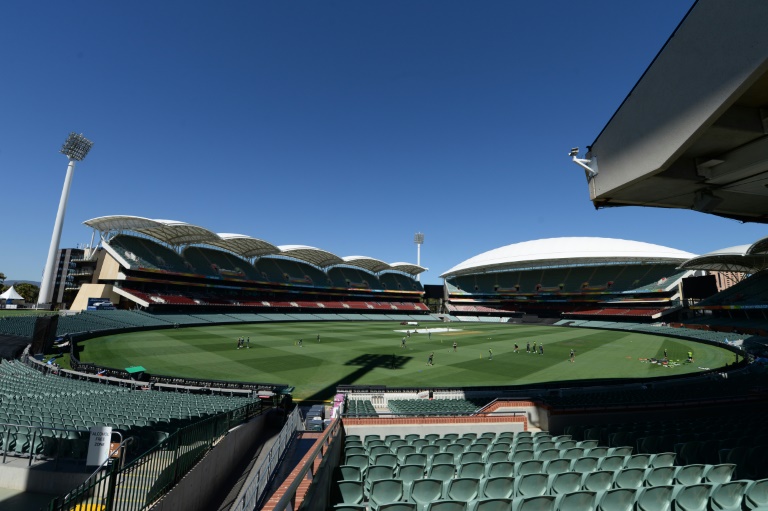 Australia and New Zealand will play the first day-night match in Test cricket’s 138-year history, cricket chiefs announced Tuesday, in a bid to drive up dwindling spectator numbers for the five-day game.

Despite misgivings among players, officials from both countries decided to proceed this year with the experimental format — played under lights and with a pink ball — which they hope will drive up attendance and television ratings.

“To be brutally honest, if you look at Test cricket around the world, it is challenged,” Cricket Australia (CA) chief executive James Sutherland said.

“We believe this is an opportunity that can breathe new life into Test cricket.”

He said the Test day-nighter, to be staged at the Adelaide Oval from November 27-December 1, would allow fans to watch or attend the game after work.

CA, backed by broadcaster Channel Nine, has promoted the idea for years and trialled day-night first-class cricket during the past two Sheffield Shield seasons.

The historic first international in Adelaide will be the third and final Test in a series between the trans-Tasman rivals.

Australia coach Darren Lehmann said it was a way to boost the popularity of Test cricket, which is seen by purists as the pinnacle of the game but has been overshadowed by limited-overs formats in recent years.

“Only time will tell if it’s right or wrong,” he said. “At the end of the day we’ve got to give it a crack and I think it’s important for the game.”

New Zealand Cricket chief David White said the day-night format would not take over from regular Test cricket, describing it as part of the game’s evolution.

“Since the first Test in 1877, there have been numerous changes to the laws and rules in an effort to ensure the game remains relevant — and this is another,” he said.

The pink match ball has been developed by manufacturer Kookaburra to be more visible to players under lights than the traditional red one.

Despite administrators’ enthusiasm, many players fear for batsmen trying to play the ball under lights and are concerned the game’s traditions are being trampled

A survey of New Zealand’s top players last month found most senior Black Caps were sceptical about taking part in an experiment they feared could “devalue” the Test.

But the pay-off for the Black Caps’ involvement is guaranteed matches against Australia for the next seven years.

“It’s uncharted territory and because of that there will be uncertainty and apprehension,” New Zealand Players’ Association chief Heath Mills said.

“However, whilst the players have reservations about playing Test cricket at night, they see the bigger picture in the new agreement.”

Lehmann said he viewed the match as a chance to participate in a piece of Test history.

“It adds something special to it,” he said. “I’m really looking forward to seeing what it brings, seeing how both teams perform under lights, a massive crowd, it’ll be exceptional for everyone.”