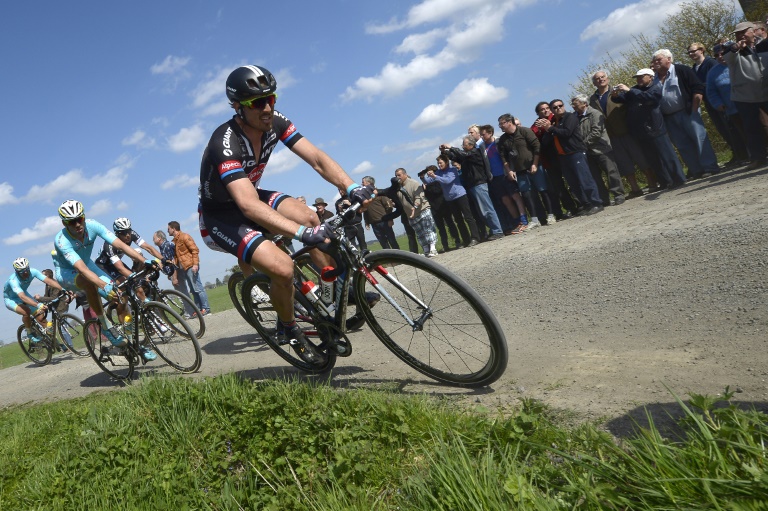 Alpecin, sponsors of German cycling team Giant-Alpecin, announced Tuesday they will drop their advertising slogan “doping for the hair” for the duration of the Tour de France, which starts Saturday.

The world’s top cycling race begins in Utrecht, the Netherlands, and Alpecin, who manufacture a men’s shampoo that claims to boost hair growth, wants to make sure the focus is only on their cyclists until the final stage on July 26.

Alpecin, which is based in Bielefeld, west Germany, insist they are committed to promoting a “doping-free team” and want to drop their slogan to underline that as they back the only German team in this year’s Tour de France.

“I would hope that Alpecin as sponsors, and above all the cyclists, will not be the subject of any discussions during the next three weeks of the Tour,” said Alpecin’s managing director Edward R. Doerrenberg in a statement.

“We are aware of our responsibility and therefore distinguish clearly between the claims of an effective product and fraud in sport.”

Alpecin started their sponsorship at the beginning of the year and the cycling team is led by German sprinter John Degenkolb, who won this year’s Milan-San Remo and Paris-Roubaix races to claim a rare double.