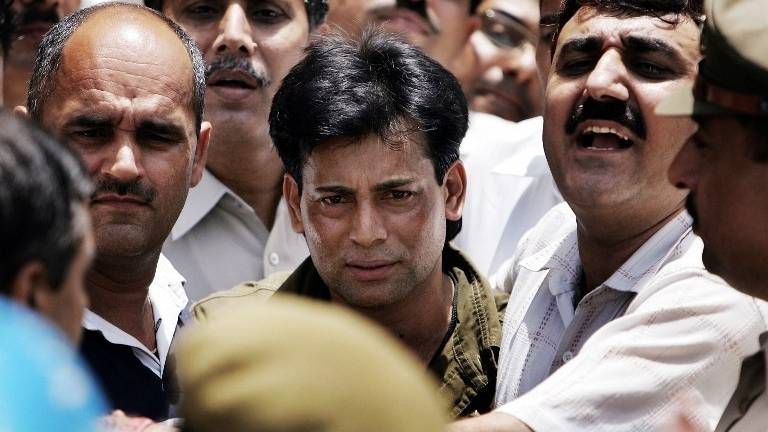 New Delhi:Â It is rightly said that where there is a will, there is a way and same has happened in this case. As we told you earlier, a 26-year-old girl wanted to marry gangster Abu Salem and finally there is some ray of hope for the girl as Salem, who is facing charges in the 1993 Mumbai blasts case, agreed to marry her so that she is “not defamed further”.

In a two-page reply to the court on Monday, Salem accepted the proposal and said he appreciated the bold stand taken by the woman. Apologising for the situation he had unintentionally put the woman in, he said he would like to marry her “so that the woman can freely move around and be able to meet and answer all the relatives friends and well-wishers with her head up in the society.”

The reply reads: “I respect the feelings of the woman and also understand her position; I have no intention that will cause her further disrepute and disrespect. I do not intend to be the cause of any further untoward circumstances… as it has been claimed by her that she will commit suicide if she does not get permission to marry me.â€

“I was unaware of the fact that the woman had to face such things in the name of investigation. I apologise from the bottom of my heart to the woman for whatever sufferings she had to undergo because of my name getting tagged with her.â€

“I appreciate the bold stand taken by the woman of seeking permission from this honourable court to get married to me before the registrar under the Special Marriage Act. The fact that the woman has approached this honourable court shows that she has been hurt and she intends to get married to me and I also, with great respect to her feelings and character, intend to go ahead with the said proposal.â€

“I am not doing any favour to her by accepting her proposal but (I am accepting it) with great respect and gratitude. I don’t want her to be further defamed because of me or my name. I also undertake to care for her in all respects once she gets married to me and that she will not be further defamed as officially she will be my wife.â€

“I want to complete the formalities of marriage at the earliest so that the woman can freely move around and will be able to meet and answer all her relatives, friends and well-wishers with her head up in the society. I, with folded hands, must humbly request Your Honour to kindly consider and grant us the said permission.”

So, who is Mrs Salem, the new one?

Sayyed Bahaar Kausar is presently staying with her mother, maternal grandfather and her elder brother. The family is believed to have endorsed her decision to tie the nuptials with Salem. A commerce graduate from a local college, the 25-year-old has sought permission of the court for Salem to be brought to Mumbai at the office of the registrar of marriages to sign on the documents and formalize their nikkah under the Special Marriage Act.