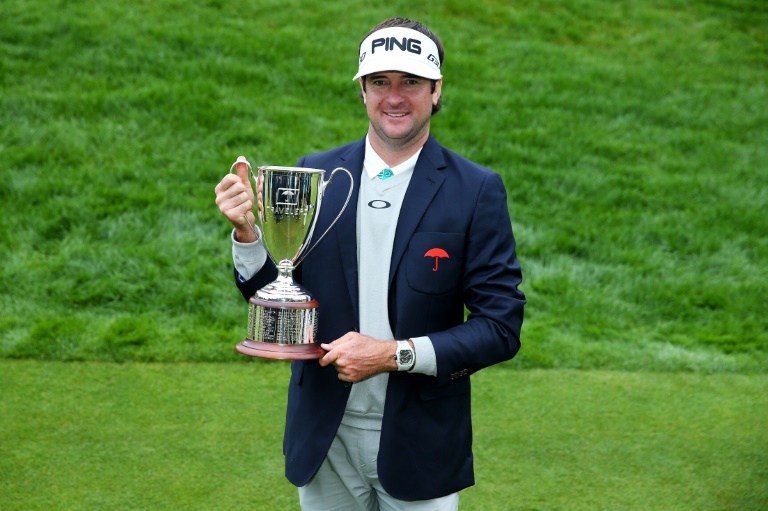 Two-time Masters champion Bubba Watson rolled in a birdie putt on the second hole of a sudden death playoff to beat Paul Casey and capture the PGA Tour’s Travelers Championship.

Watson, who led after the first two rounds, on Sunday stuck his approach shot on the final hole to within seven feet, while Casey found the bunker on his first two shots then blasted a sand shot over the green to all but eliminate himself from contention.

“Casey played great. I watched him make birdie on 17 from 16 green, and you know, I hung on and that’s what we’ve got to do sometimes to win,” said Watson.

The 36-year-old Watson closed with a three-under 67 to become the fourth player this year to earn two tournament victories. Casey posted a five-under 65.

The left-handed American finished at 16-under 264 in a tie with England’s Casey, who made a late charge by making birdie on three of his final five holes of regulation to get into the playoff.

Both players parred the first sudden death hole, sending them back to the 18th tee for the third straight time in the round played under a light drizzle.

Watson’s drive landed in the middle of the fairway and then he hit a brilliant approach shot onto the green.

He eventually made the seven-foot birdie putt, but the final hole was more about what Casey didn’t do right.

His tee shot landed in the sand on the right side of the fairway and then the second shot found the bunker again just off the green.

His next sand shot sailed completely across the green and into a pack of fans who were standing on a cement cart path.

Casey chipped onto the green but by that time it was too late, especially with Watson having three putts to win.

“The round was great, it really was,” Casey said. “I thought it was probably a tall order for a chance at winning.

“Actually thought those guys right behind us would probably stretch it out and keep making birdies.

“I feel fortunate to have a chance. I just couldn’t get in the fairway on 18. I struggled on 18 today for some reason, but all in all it’s been a great week.”

Third-round leader Brian Harman of the US, birdied the final two holes for a one-under 69. He ended alone in third at minus-15. Canada’s Graham DeLaet also closed with a 69 to end in fourth at 14-under-par 266.