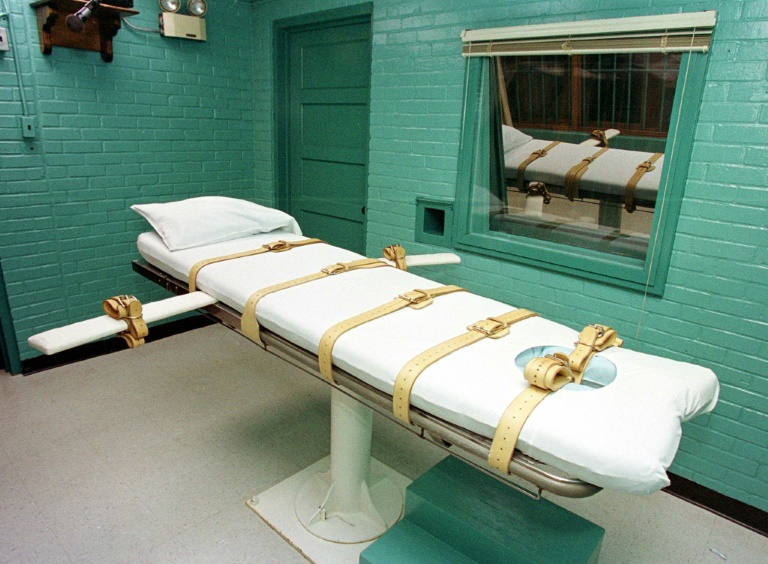 The US Supreme Court on Monday upheld the use of a controversial sedative in executions by lethal injection, saying it does not violate the Constitution.

In a 5-4 ruling, its five conservative-leaning justices said that the plaintiffs — death row inmates in Oklahoma — failed to show that midazolam constituted a “substantial risk of severe pain.”

As a result, they said, the drug — more commonly used in hospitals as a pre-surgery sedative — does not violate the Constitution’s ban on cruel and unusual punishment.

“The prisoners failed to identify a known and available alternative method of execution that entails a lesser risk of pain, a requirement of all Eighth Amendment method of execution claims,” said Justice Samuel Alito, who wrote the majority opinion.

The decision was a setback for opponents of capital punishment in the United States, the only Western country that still carries out executions.

Alabama, Arizona, Florida, Louisiana, Oklahoma and Virgina all retain midazolam as an option for use in lethal injections.

“Itâ€™s hard to imagine what could be crueler than a prolonged, torturous death, or more unusual,” said Diann Rust-Tierney, executive director of the National Coalition to Abolish the Death Penalty.

“The death penalty is on the outs… Yet that message clearly hasnâ€™t risen up to the highest court in the land,” she said shortly after Monday’s ruling.

In April 2014, Oklahoma death-row inmate Clayton Lockett, convicted of murder, rape and kidnapping, took an agonizing 43 minutes to die and could be seen writhing in pain during his prolonged execution.

Lethal injection executions are expected to take 10 minutes, and in all three cases, the men could be seen gasping for air.

A fourth plaintiff, Charles Warner, was executed in Oklahoma in January this year, after the Supreme Court rejected his last-minute appeal for clemency.

On the execution table, Warner — sentenced to death for raping and killing an 11-month-old girl — said it felt like his body was “on fire.”

Monday’s ruling echoed the deep chasm between conservative and liberal Supreme Court justices seen in its historic ruling Friday that made same-sex marriage legal throughout the United States.

“Welcome to Groundhog Day,” said Justice Antonin Scalia, who thought the plaintiffs had come to the Supreme Court for clemency “as though clemency were ours to give.”

But Justice Sonia Sotomayor said the plaintiffs now were exposed “to what may well be the chemical equivalent of being burned at the stakes.”

They should have at least been given a stay of execution, she said, in order for them to prove the “inadequacy” of the drug.

Fellow liberal Justice Stephen Breyer went further, saying it might be appropriate to revisit the question of capital punishment altogether.

“We believe that the time has come for the Court to again consider a more basic question — whether the death penalty itself is constitutional,” he wrote.

US states have executed 17 convicts so far this year, after 35 last year. The numbers have been trending downwards since 2009 when 52 executions took place.