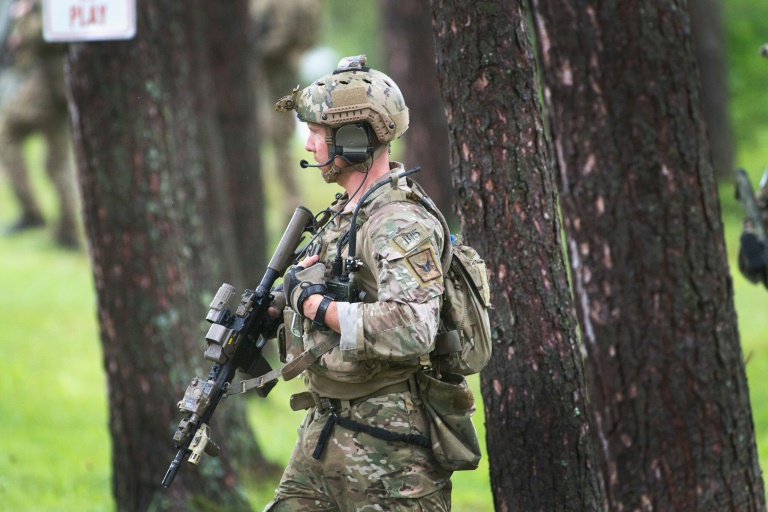 A convicted murderer who escaped from a maximum-security New York prison three weeks ago, has been shot and captured, bringing an end to an intense manhunt that saw his fellow escapee shot dead.

David Sweat was apprehended on Sunday, just 1.5 miles (3 km) south of the Canadian border and later transported to a hospital in the state capital for treatment, where an official said he was in critical condition.

His capture wraps up a multimillion-dollar manhunt that saw up to 1,300 law enforcement officers at a time scouring the rugged, remote area around the Clinton Correctional Facility in upstate New York after Sweat and Richard Matt busted out on June 6.

Matt was shot dead by a federal agent on Friday. An autopsy showed he was shot three times in the head.

Cuomo said Sweat was apparently unarmed and wearing camouflage when he was confronted by a lone officer who shot him twice in the torso as he ran away in an open field.

A photograph circulated in US media showed a bloodied Sweat in police custody.

He was later transported to a secure unit inside the Albany Medical Center in the state capital, according to a hospital official.

“What I can tell you is that his condition is critical, and based on the preliminary evaluation of the patient, it’s obvious that he would need to be here for a series of days for sure,” the center’s medical director Dennis McKenna told reporters.

He said doctors were unsure whether Sweat would need surgery, but that he was being treated by a range of specialists.

Authorities had worried the escaped convicts might cross into Canada.

“He was that close, and we couldn’t be happier we were able to apprehend him and not lose him,” said New York State Police Superintendent Joseph d’Amico.

“It’s been a long three weeks.”

D’Amico said the two men, who were possibly using pepper to throw sniffer dogs off their trail, had parted ways at some unknown time.

Sweat, 35, and Matt, 49, had escaped in audacious fashion — they used power tools to cut through cell walls, then crawled through pipes to emerge from a manhole in the village of Dannemora, home to the sprawling prison.

“If you were writing a movie plot, you would say this was overdone,” Cuomo said.

He noted that the men had stolen the power tools from a contractor’s job box by picking the lock.

Prison workers also smuggled hacksaw blades and other tools by hiding them in hamburger meat.

More details of their daring escape are likely to emerge when investigators are able to question Sweat.

His own mother expressed “relief” at his capture.

“My son knows if he would have came here, I would have had him knocked out and taken him to jail,” Pamela Sweat told CNN affiliate Time Warner Cable News.

“That’s just the way I am. I’ve always done it to him when he was bad.”

She noted that her son had been violent from an early age; at nine years old he threatened his father and threw a baseball bat at him — which instead broke the television.

– Help from the inside –

So far, two prison workers have been charged over the brazen breakout.

Joyce Mitchell has been charged with facilitating the escape by providing hacksaw blades and drill bits to the pair, hidden in hamburger meat.

Corrections officer Gene Palmer, 57, was charged with promoting prison contraband, two counts of tampering with evidence and one count of official misconduct.

Palmer allegedly delivered the meat prepared by Mitchell. He also helped sneak in other tools and banned items for the prisoners.

Cuomo did not rule out further charges.

“If anyone else was involved, we’ll find that. We will be conducting an investigation into the systems in that prison,” he said.

An autopsy on Matt revealed the toll of living on the run — his body was covered with “bug bites on the lower extremities, blisters, and minor abrasions consistent with living in the woods for three weeks,” the report said.

Matt was serving a sentence of 25 years to life for the 1997 kidnapping and dismembering of his former boss in a 27-hour ordeal.