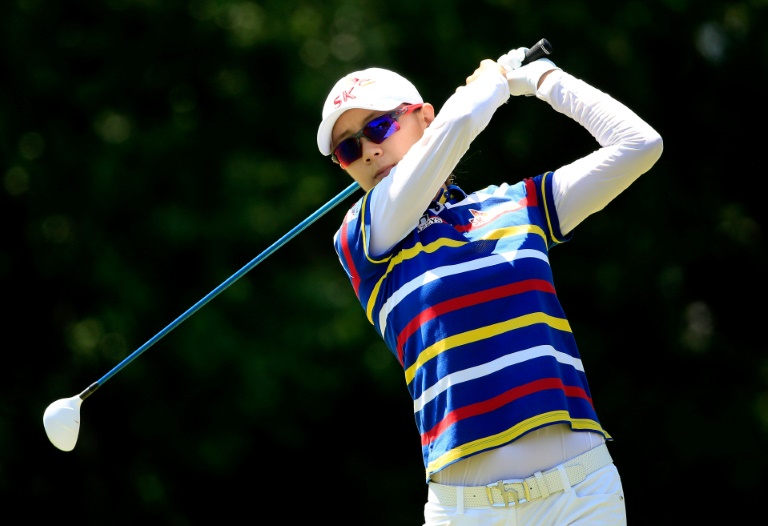 South Korea’s Choi Na-Yeon holed out from the fairway for eagle on the 16th hole en route to a two-under 69 to claim the LPGA Tour’s NW Arkansas Championship.

The 27-year-old Choi won by two shots, finishing the week at 15-under-par 198 at the Pinnacle Country Club. Sunday’s win was Choi’s ninth on the LPGA Tour and her second of the season.

Mika Miyazato fired a four-under 67 to take sole possession of second place. She ended the week at 13-under 200.

Last year’s champion Stacy Lewis held the outright lead prior to Choi’s eagle, but her three-under 68 was not quite enough. She finished tied for third with Azahara Munoz (66) and Anna Nordqvist (70) at minus-12.

World number two Lydia Ko, of New Zealand, cruised to an eight-under 63 and ended one shot further back in a tie for sixth at 11-under 202 with Paula Creamer (66) and Lee Min-jee (68).

Choi nailed an eagle and a birdie in the final three holes, knocking in an eight iron from 140 yards on the par-four 16th.

Choi added a birdie at par-three 17th hole to stretch her lead. She then parred 18 to clinch her ninth career USLPGA Tour win.

It marked her second title of the season after winning the January season opener in Florida.