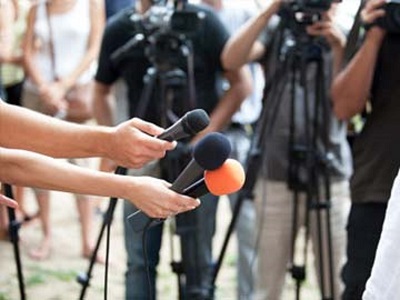 Guwahati: Journalists on Monday protested against the attacks on media personnel across the country and Assam in particular and demanded a separate law for their protection while carrying out their duties.

Wearing black bands around their mouths, the scribes from print and electronic media and journalists’ organisations demonstrated for an hour in front of the Guwahati Press Club.

The protest followed the killing of two journalists within a month in Uttar Pradesh and Madhya Pradesh.

Leaders of the Assam Bartajibi Sangha, Journalists Association of Assam, Journalists’ Forum Assam, Sports Journalists Welfare Organisation among others addressed the gathering and demanded a separate legal provision for protection of journalists on duty.

They mentioned the alleged burning to death of Shahjahanpur-based citizen journalist Jagendra Singh who had posted on Facebook against the mining mafia in his locality.

Another journalist Sandip Kothari was also allegedly burnt to death in Madhya Pradesh for writing against the Manganese mining mafia.

The attacks were followed by three major incidents of assaults on media persons â€“ Deepak Mishra at Kanpur, Haidar Khan at Sherpur Kalan locality in Uttar Pradesh and Prashanta Kumar at Khoirabari in Assam’s Udalguri district, they said.

The media personnel also protested against the alleged mental and physical torture on journalists across Assam, including Mukut Rai of Agradoot, and Hindul Gogoi of Dainik Janambhumi and Partha Saikia of news channel DY365.Â Â