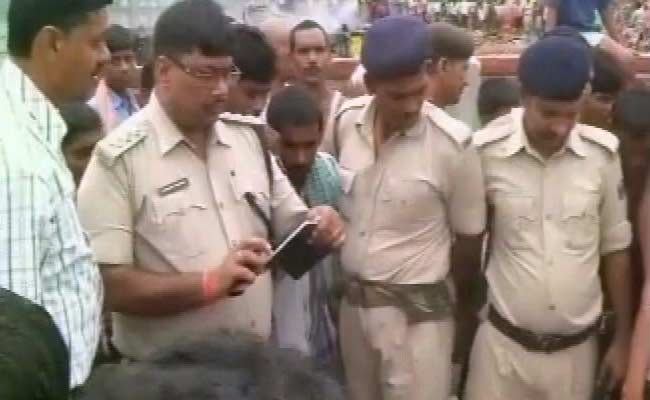 Patna: The principal of a school in Bihar’s Nalanda district died on Sunday after he was thrashed by a mob following the recovery of the bodies of two students from a ditch.

The principal, Devendra Prasad, died while he was being treated at the Patna Medical College and Hospital (PMCH), Nalanda’s Superintendent of Police (SP) Sidharth Mohan Jain said.

A post-mortem was being carried out to determine the exact cause of the death, he said.

TV footage showed that Mr Prasad was mercilessly beaten up with sticks by a mob who held him responsible for the death of two students of the school.

Some in the crowd mercilessly beat up Mr Prasad with sticks, while some of them kicked him as he lay on the ground with his face down, the officer said.

The badly battered school director was taken by a police team led by the DSP (Law and Order) Sanjay Kumar to Sadar hospital at Biharsharif where the attending doctors referred him to PMCH at Patna, Jain said.

He said strict action will be taken against the guilty.

A First Information Report or FIR was lodged against those people responsible for the assault on the school principal, Jain said.

Earlier in the day, the bodies of two students, aged around 7-8 years, of the school were recovered from a waterbody.

Charging the school principal for being responsible for the death of two the local students, identified as Ravi Kumar and Sagar Kumar, the villagers attacked the school torching two rooms with gas cylinders, besides a couple of vehicles.

The mob also targeted some policemen who had arrived there to probe the death of the students and pelted stones on the cops, injuring six including Nalanda police station in-charge Sunil Kumar, Jain said.