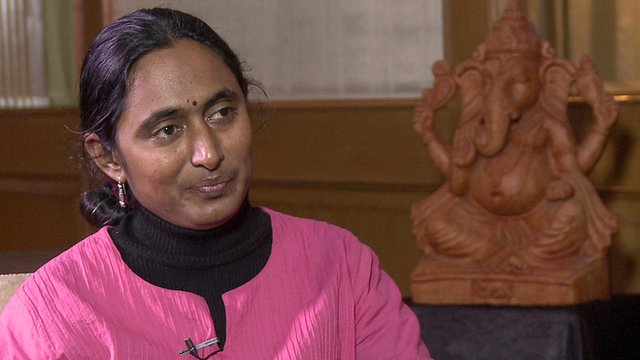 New Delhi: While the world is going gaga over Prime Minister Narendra Modi’s appeal to share selfie with their daughters, activist Kavita Krishnan sparked a war on Twitter after she accused the prime minister of stalking daughters and called him a “lame duck PM”.

Krishnan, secretary, All India Progressive Women Association (AIPWA) secretary took a dig at PM Modi’s radio addressÂ Mann Ki BaatÂ where he had urged citizens toÂ share a selfie with their daughters and tag it as #SelfieWithDaughter to celebrate girl child.

Krishnan tweeted, “Careful before sharing #SelfieWithDaughter with #LameDuckPM. He has a record of stalking daughters.”

Then, she also poked fun at PMâ€™s Rakhi initiative by saying, â€œModi Mann Ki Baat speaks of Rakhi. For him this means protection of corrupt ‘sisters: Sushma, Vasundhara, Smriti, Pankaja on whom he’s silent.â€

On Sunday, VJ-turned-actressÂ Shruti Seth also criticizedÂ Modi’s campaign in a series of tweets. “A selfie is not a device to bring about change Mr. PM Try reform. #selfieobsessedPM,” Sethi tweeted.Â

“Seriously get over your selfie obsession Mr. PM. Be more than a photograph. Come on!,”Â she also tweeted.Â

The activist’s comment did not go down well with Modi’s supporters and she faced the ire of Twitteratis. Even veteran actor Alok Nath joined the bandwagon and tweeted. 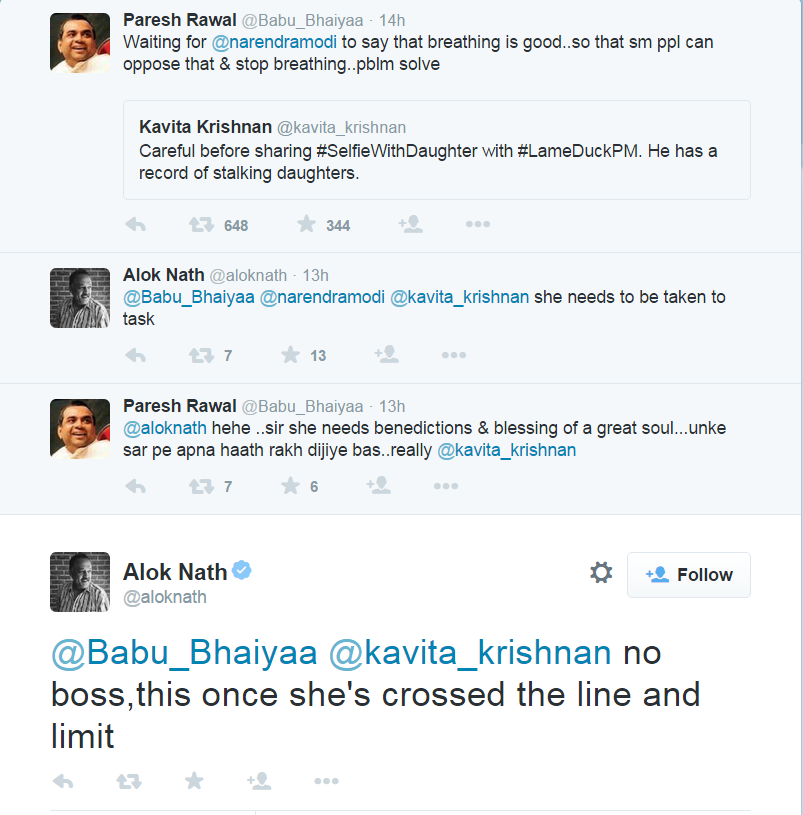 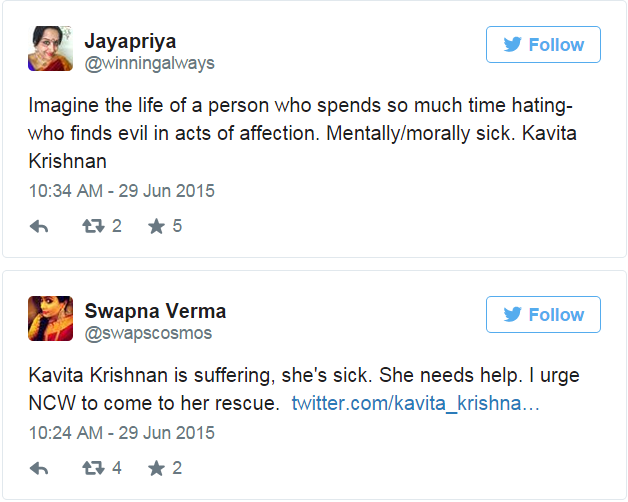 Sethi reacted to trolls by Modi’s supporters on Twitter.

Modi on Sunday lauded the efforts of a Haryana village panchayat for starting selfie with daughter contest. Haryana has the one of the most worst sex ratios in the country.