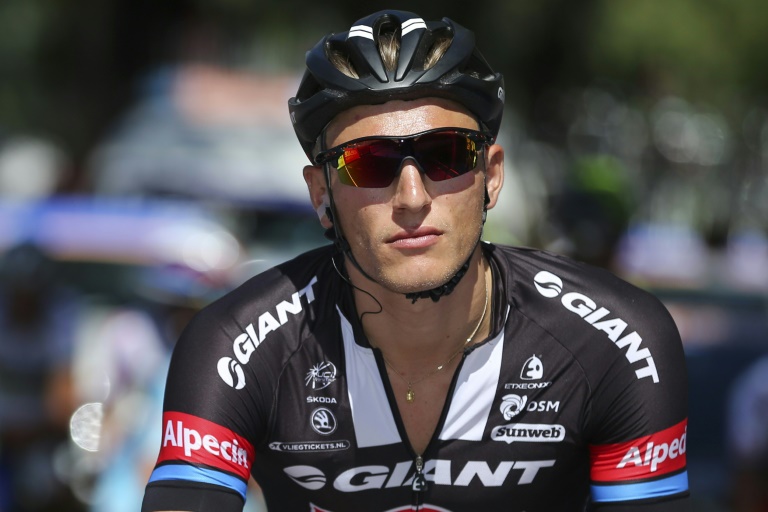 Marcel Kittel being forced out of the Tour de France due to a lack of fitness will have had several sprinters and their teams quietly grinning with delight.

The last two years, Kittel has been in a class of his own at the Grand Boucle, winning four stages in each, including both the first and last on each occasion.

He also got to wear the coveted yellow jersey both years as reward for his opening stage victory.

His raw power allowed him to beat the opposition every time he arrived at a finish in contention, even overhauling a spirited challenge from Alexander Kristoff on the Champs Elysees last year thanks to a simple advantage in pure speed.

But Kittel has been suffering from illness all year and his Giant-Alpecin team decided he was not fit enough to ride the tour.

Chief amongst the relieved parties will likely be Briton Mark Cavendish, the sprinter usurped by the steam engine Kittel’s brand of raw power.

Cavendish won 25 Tour stages from 2008 to 2013 but crashed out of last year’s race on the very first stage.

But already in 2013, he won only two sprint stages as Kittel had the edge on everyone.

Cavendish is widely seen as the greatest natural sprinter ever but the trend towards fewer flat pure sprinters’ stages at the Tour and more rolling, hilly ones mean his green jersey hopes have been greatly reduced.

He did win the green jersey outright in 2011 but the last three years it has been the personal property of Peter Sagan, a more all-round fast-man.

The Slovak did not win a single stage last year but his pre-eminence in the top few places numerous times, whether the stage was flat or rolling, ensured he easily claimed the jersey.

Sagan should have more competition this year from the likes of one-day classics specialists Kristoff and John Degenkolb, the respective winners of this year’s Tour of Flanders and Paris-Roubaix.

Kristoff took too long to get going in the green jersey race last year but finished very strongly, winning two stages in the final week.

Degenkolb had a limited number of stages to go for as he played second fiddle to his Giant teammate Kittel, but this time around the onus will be on him to be involved in as many sprints as possible.

Those three should dominate the battle for the green jersey but when it comes down to the pure sprints, Cavendish is likely to have his chances.

But at June’s Tour of Switzerland, he never managed to get himself in contention for a stage win, whereas Sagan won two and was second in two others while Kristoff won one and also took a third-place finish.

Those were mostly not the classic flat stages that lend to a huge bunch sprint, so Cavendish need not worry too much as he will have his Tour opportunities.

But there will be others in the mix such as German veteran Andre Greipel or French pair Arnaud Demare and the in-form Nacer Bouhanni, who won two Criterium du Dauphine stages in June, although he crashed at the French national Championships on Sunday and may yet miss the Tour.

Norway’s Edvald Boasson Hagen and Australians Simon Gerrans and Michael Matthews will have their eyes on a few stages suiting their capabilities.

But in the absence of Kittel, this really is the year for Cavendish to reassert his position as one of the sprinting greats.