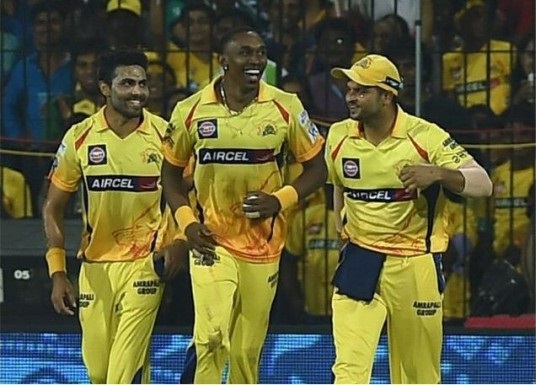 Is Indian cricket digging its own grave? I guess so. Fixing has been a parasitic twin of the Gentlemenâ€™s Game, nibbling into the goodwill the sport had earned all through its heroic attempts to establish a certain sportsmanship on the field, of being fair and square and of elevating the sport to one that is close to many hearts. While many international players have fallen prey to the fixing epidemic, the Indians havenâ€™t been far behind either.

In Lalit Modiâ€™s explosive expose, Suresh Raina, Bravo and Jadeja have been named as cricketers who took bribes and even the ICC has confirmed this. Heavens! But now, in the latest drama which has unfolded, the BCCI has given the Indian players a clean chit.Â

IPL and its extra innings

The Indian Premier League was primarily a â€˜cricket weds entertainmentâ€™ affair and we let it remain that way, because honestly, we felt cricket needed this revamp. We loved it and went bonkers over it, edition after edition. What we didnâ€™t realise was that the fact that, behind our backs, the IPL was breeding vice, feeding it with money and raising it up as a full grown monster, that had the powers to annihilate the very essence of cricket.

The after parties became the battleground for bookies and fixers to have a freewheeling interaction with players and pitch in their proposals; for players to pick and choose and the field became the place where these blasphemous dealings got executed.

Players like S.Sreesanth, Ankeet Chavan and Ajit Chandela were perhaps one of the first to be jailed for taking money, but now, itâ€™s very clear that the net was cast far and wide and there are many reputed players who got snared.

Itâ€™s no secret that cricketers mint a hell lot of money. Their obese bank balances are proof enough that once a cricketer, the moolah smiles all along. From cricketing engagements like the IPL that pay very well, to endorsements and other business interests, cricket is a very well paying â€˜industryâ€™ to work in. To add to that, they earn well, with all sorts of cash awards coming their way if they perform well. When thereâ€™s already so much money happening, why the greed to taint the game a make a quick buck. This, when cricketers know fully well that if caught, their whole career could be jeopardised?

Whenever we talk about a vice-stricken cricket team, Pakistan tops the list. From spot fixing to being jailed, the Pakistan cricket team has seen it all. Mohammad Amir and Salman Butt were convicted and Pakistan cricket has never been the same again. Itâ€™s been down in the doldrums ever since. The reason why I am trying to draw parallels, if any, is because the players named by Lalit Modi, the Indians, are the experienced players in the national side, and if charges of bribing are proved against them, Indian cricket will plummet into newer lows.

Overall, it isnâ€™t exactly a great time for Indian cricket. Letâ€™s hope this incident shakes and wakes it up and corruption is eradicated to make cricket the beautiful sport that it always was.