If anyone can, Serena can, says Hingis | Newsmobile
Wednesday, August 10, 2022

Home Sports If anyone can, Serena can, says Hingis 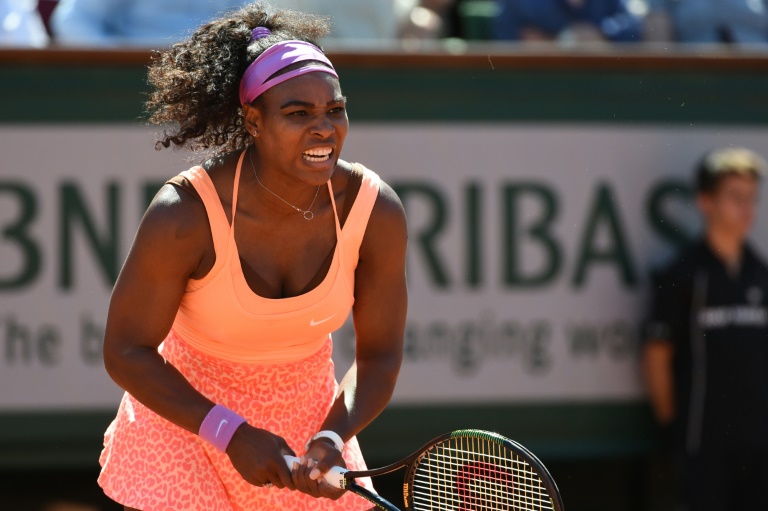 Martina Hingis backed Serena Williams’ bid to secure a calendar Grand Slam, saying the world number one would be even hungrier this time to secure the Wimbledon title.

With the third tennis major of the year getting under way Monday, Hingis said Williams would be focused on her golden chance to win all four Slams — Wimbledon and the Australian, French and US Opens — in the same season.

Swiss star Hingis, a five-time Grand Slam winner, would have done the calendar clean sweep herself in 1997 had she not lost in the French Open final.

Williams, 33, held all four titles simultaneously in 2002-2003, but for all her 20 Grand Slam crowns, has never held all four from the same season.

Five-time Wimbledon champion Williams has lost in the fourth and third rounds in her last two appearances at the All England Club — which Hingis thinks will motivate the American all the more.

“She’s probably even more hungry because the last couple of times, it was not the way she wanted it. If anyone can do it’s it’s definitely Serena,” the 34-year-old said.

Hingis and Williams are of a similar vintage. This year marks 20 years since Hingis made her first appearance in the Wimbledon ladies’ singles, at the age of 14.

The aggression and power of Williams and her older sister Venus as they dominated tennis from 2000 onwards eclipsed the deft precision play of the smaller-built Hingis.

Returning from an early retirement, Hingis found there was still hope of getting to the top in doubles.

“I still had the skills; maybe I didn’t completely have their power because they are taller, bigger and stronger, but that was always the case. But in doubles especially, the placement, the skills and strategy are more important than power,” she said.

While Serena still rules the singles, Hingis’s revived career is as a doubles-only specialist. She goes into Wimbledon as the top seed with her new partner, India’s Sania Mirza.

The former world number one said she could never have imagined that she would still be a favourite to win titles two decades on from her full Wimbledon debut.

“Honestly, no! But that’s the beauty about the game today. You see the top 10 now, everyone’s older. When I started, I was 14. Today experience also counts,” Hingis said.

– Back chasing titles with Mirza –

She and Mirza, who has a huge following in her homeland, are gunning for glory at Wimbledon.

“If I didn’t have a chance to win the tournament I wouldn’t be out here,” she told reporters in the southwest London suburb.

“We definitely are one of the favourite teams to win but still anyone can bite you, come out and have a good day; especially on grass, you have to be ready.

“It would be amazing if we get out there and I could pay on Centre Court again in the real competition, I would enjoy every second of it.”

Hingis was tight-lipped about a shot at an Olympic medal by teaming up with compatriot Roger Federer in the mixed doubles at Rio de Janeiro 2016.

“You always have dreams but this is still far away,” she said.

Hingis was speaking as the International Tennis Hall of Fame, based in Newport, Rhode Island, named her as their first global ambassador.

As the ITHF reopens its museum after a $3 million refit to bring in interactive technology, chief executive Todd Martin said Hingis would act as an international spokeswoman to help spread the Hall of Fame’s reach beyond the United States, as the only inductee still playing on the global tour.