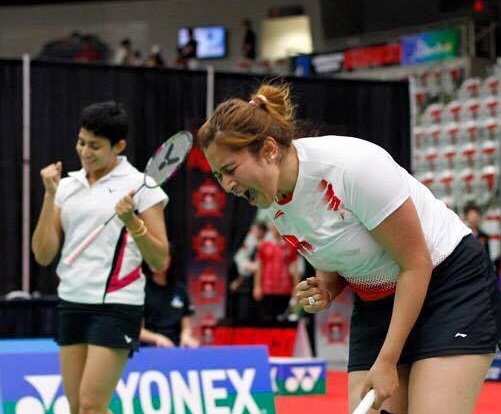 They are perhaps the silent achievers. While there is a lot of focus on the other star shuttlers, Jwala Gutta and her partner Ashwini Ponnappa have achieved something without creating a fuss about it.

The Gutta-Ponnappa jodi won the Canada Open women’s doubles title after upstaging the top-seeded Dutch pair of Eefje Muskens and Selena Piek in the summit clash.

The third-seeded Indian pair triumphed 21-19, 21-16 in the contest which lasted 35 minutes. In a closely-contested opening game, Jwala and Ashwini broke away from the 19-19 and converted the lone game point opportunity to grab the initiative.

The Indians dominated the second game and raced to a 5-0 lead before going from 10-6 to 15-6 up. However, Muskens and Piek fought back to win nine points straight and tie the game at 15-15.

But Jwala and Ashwini did not let the advantage slip and won 6 of the next 7 points to clinch the title. This was Jwala and Ashwini’s first title since their reunion after the 2012 London Olympics.