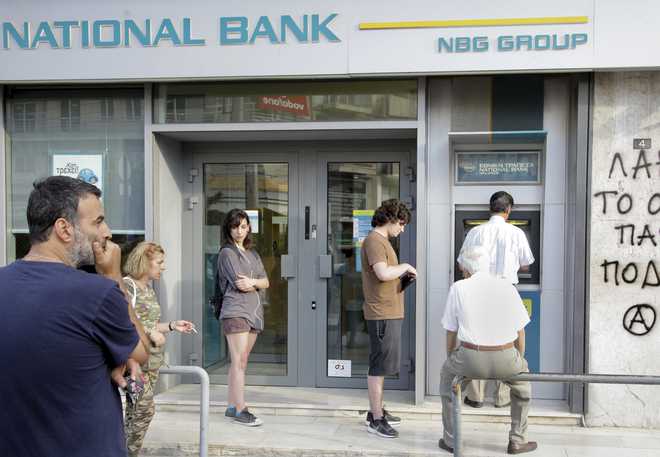 New Delhi: Worried that the Greek crisis may trigger capital outflows, Finance Secretary Rajiv Mehrishi on Monday said the government is in touch with the Reserve Bank which will take necessary steps to deal with the issue.

“Obviously we are in touch with the RBI but they will do what they have to do,” he said as uncertainty over Greece pulled down the BSE index, Sensex, by over 500 points in early trade though it recovered in the afternoon.

The situation in Greece has no direct impact on India, he said, but added that there may be some indirect effect via Europe on capital inflows and outflows.

“Greece crisis does not have any effect directly on India. (But) interest rate may firm up in Europe. In case of firming up of interest rate in Europe, there can be outflow of capital from India,” he said.

Terming the situation as dynamic and evolving, he said, the crisis may have an indirect impact on India by way of its outcome on the European currency euro.

“To the extent it affects the euro, there might be some indirect impact on India. If yields on euro bonds go up, then it might impact inflows and outflows from India,” he said.

Mehrishi said nobody can predict how the situation will evolve.

Asked if any Indian company has an exposure in Greece, he said, “I don’t know.”

“If yields on G-Sec go on in the US, then it might impact inflows and outflows in India. We really don’t know how they (foreign investors) will relocate their portfolio,” he added.

There have been fears of the cash-strapped European nation missing its debt repayment deadline of June 30. The situation may prompt Greeceâ€™s European partners to shut the door on extending a credit lifeline after the country’s surprise move to hold a referendum on bailout terms.