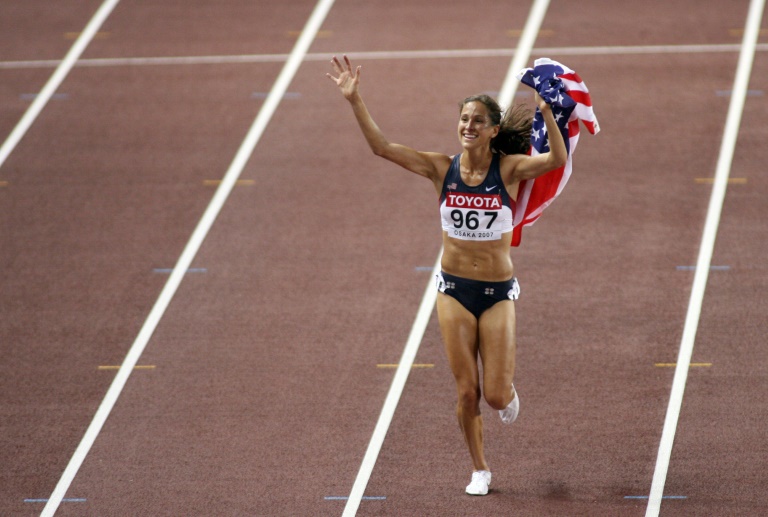 Kara Goucher, one of the athletes who has leveled explosive doping allegations against Alberto Salazar, lashed out at her former coach on Sunday for branding her a liar.

Goucher said she first took her concerns about Salazar to the US Anti-Doping Agency in February of 2013 and would be eager to testify under oath about her experiences.

She was angered by Salazar’s lengthy open letter published Wednesday, refuting the accusations leveled three weeks ago in a BBC/ProPublica documentary.

Salazar portrayed her husband, former athlete Adam Goucher, as “belligerent” and said he dismissed the couple from his Nike Oregon Project training group.

“You know the expression: they took my quotes out of context,” Goucher said after finishing 18th in the 5,000m at the US athletics championships.

“And when you put partial emails or emails from a 10 email-long chain and just put one in, you don’t get both sides,” she said of Salazar’s formal response to the claims.

“I understand that if you read it through it looks like I’m a liar.

“I don’t like being labelled a liar, just like anyone else. I want people to like me but my love for the sport is much stronger than my passion to have people like me.”

Goucher said she had spoken again to USADA “very recently”.

“I thank them for staying on it,” she said of the anti-doping body, which has not officially confirmed an investigation, “for taking my truth and not passing judgment on it, for fighting to clean up our sport.”

Goucher, who left the Oregon Project in 2011 after seven years, said she would welcome the opportunity to testify under oath “for myself, for every former Oregon Project member, for every doctor that’s been involved.

“To go under oath — I would welcome that opportunity,” she said.

The accusations against the coach of Britain’s double Olympic champion Mo Farah have rocked international athletics.

Farah, who has not been implicated in any wrong-doing, said Friday he would continue to train with Salazar.

Salazar himself said he would “never permit” doping in his training programme.

But the documentary alleges that the 56-year-old Cuban-born American violated anti-doping rules, administering testosterone to American distance runner Galen Rupp in 2002 when Rupp was only 16, and encouraging misuse of prescription drugs.

He was racing again on Sunday as Goucher spoke, finishing third in the 5,000m.

He, too, said he’d be willing to cooperate in a USADA probe.

“I’ve got nothing to hide,” he said. “I’ll do whatever I need to do to cooperate with them.

“We believe in clean sport,” he added. “So we’re happy to do all that. We just do whatever they say.”

Goucher declined to offer any advice to Farah or Rupp, but she had some for anyone who was thinking of joining the Oregon Project.

“I would say think long and hard, because you’re going to be labelled something for the rest of your life,” she said.

Goucher said it took her years to gather the courage to come forward. Since the documentary aired, she added, “multiple, multiple” sources had come forward.

“I don’t even know who all of them are. so I definitely can’t be manipulating it,” she said.

Goucher said she had been warned that the battle would turn personal.

“I knew it would, but it did hurt a lot more than I thought it would,” she said.

But she said she was in it for the long haul, comparing the fight to the one that finally exposed cyclist Lance Armstrong.

“Think about how long it took for Lance,” she said.

Steve Magness, a former Salazar assistant who has also alleged Salazar played fast and loose with doping rules, wrote this week of threats from Salazar to hinder his career in athletics if he failed to toe the line.

Asked if Salazar had threatened her, Goucher said: “No, but people have been threatened at this meet.

“I hope they come forward,” she added.