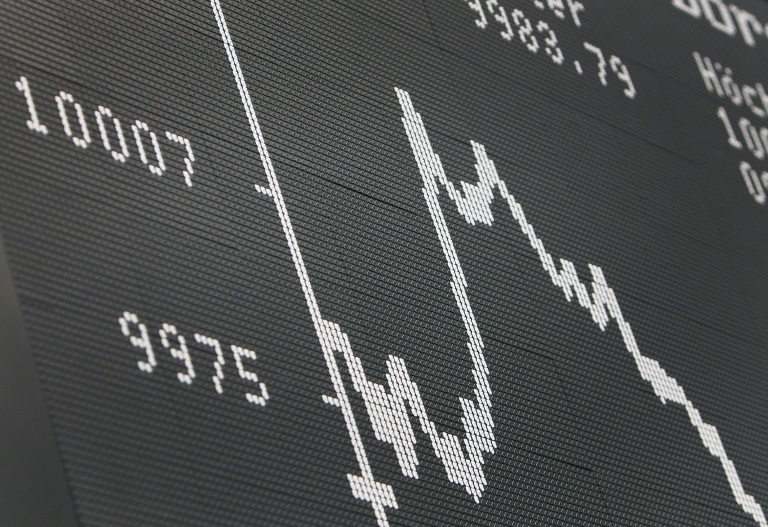 Markets across the world tumbled Monday as Greece ordered its banks to shut for a week and imposed capital controls after its citizens emptied ATMs.

But in a narrow ray of hope, creditors left the door open to Greece for a last-ditch debt deal, in order to try and avert a potentially calamitous default that could spark a Greek eurozone exit and raise serious questions about the future of the European Union.

Global stocks slumped, with Frankfurt and Paris losing more than four percent after an earlier collapse in Asia as investors feared a Greek euro exit.

The Greek government issued a decree to close banks until July 6 — the day after a referendum on creditors’ bailout proposals — with a 60-euro ($65) limit on cashpoint withdrawals. Foreign tourists, a vital engine of the Greek economy, will be exempt.

“Any difficulties that may arise must be dealt with calmness. The more calm we are, the sooner we will get over this situation,” Tsipras said, adding Athens had again requested a “prolongation of the (bailout) programme”.

The rapid escalation of the Greek debt crisis came after the European Central Bank froze the level of its emergency lifeline for Athens on Sunday, despite a growing bank run.

That capped a weekend of high drama that began with Tsipras’s unexpected call for a July 5 referendum on creditors’ latest reform proposals after bailout talks in Brussels collapsed.

In reaction, eurozone finance ministers angrily rejected a request to extend the bailout beyond its expiry on Tuesday, sparking fears could default on a key IMF loan repayment due the same day — and potentially crash out of the eurozone.

EU commissioner of economic affairs, Pierre Moscovici of France, declared Monday that “the door is always open to negotiations” for Greece, adding negotiators had been “a few centimetres” from a deal when talks broke down.

European Commission (EC) head Jean-Claude Juncker was meanwhile due to hold a press conference at 1045 GMT.

The EC — one of the “troika” of creditors along with the ECB and the International Monetary Fund — said in a statement that temporary restrictions on the free movement of capital were “justified” in order “to maintain financial stability” in the crisis-hit nation.

Uncertainty over how events will unfold in coming days prompted crowds to form long queues outside some ATMs in Greece, leaving many cash machines empty.

Investors meanwhile reacted with shock that Athens had failed thus far to reach agreement with creditors, with highly volatile trade expected as Greece hurtles towards default.

â€œWith negotiations halted, the Greek situation has rapidly moved to the worst-case scenario and investors who jumped to the conclusion last week that a deal was done will be suffering significant losses this morning,” said strategist Alastair George at Edison Investment Research in London.

But it pledged no extra cash for banks.

Unless creditors heed Tsipras’s renewed request for a bailout extension, Greece’s rescue plan will formally expire on Tuesday. This will almost certainly mean Greece will default on more than 1.5 billion euros ($1.7 billion) due to the IMF that same day.

The weekend’s rapid-fire events in the Greek saga set off a flurry of diplomatic activity.

In Berlin, German Chancellor Angela Merkel called an emergency meeting with the heads of parliamentary groups and party leaders, while French President Francois Hollande will chair crisis talks with key ministers in Paris.

A banking source in Greece said only 40 percent of cash machines had money in them on Sunday.

At an Athens ATM, secretary Zoe Kallis, 32, said: “I’m really frustrated, I don’t know what to expect, I’m really worried the bank system is going to collapse. I have a baby to feed, what am I supposed to do?”

Unemployed Chris Bakas, 28, was sweating in the Athens heat as he stood at an empty cashpoint.

“No money, no hope, how did we get in this situation? This is black Monday,” he told AFP,

Since Friday night alone, 1.3 billion euros ($1.45 billion) has been withdrawn from the Greek banking system, according to the bank workers’ union.

Tsipras, whose Syriza party came to power in January on an anti-austerity platform, has advised voters against backing a deal he said spelled further “humiliation” for a country that has endured five years of recession, turmoil and skyrocketing unemployment.