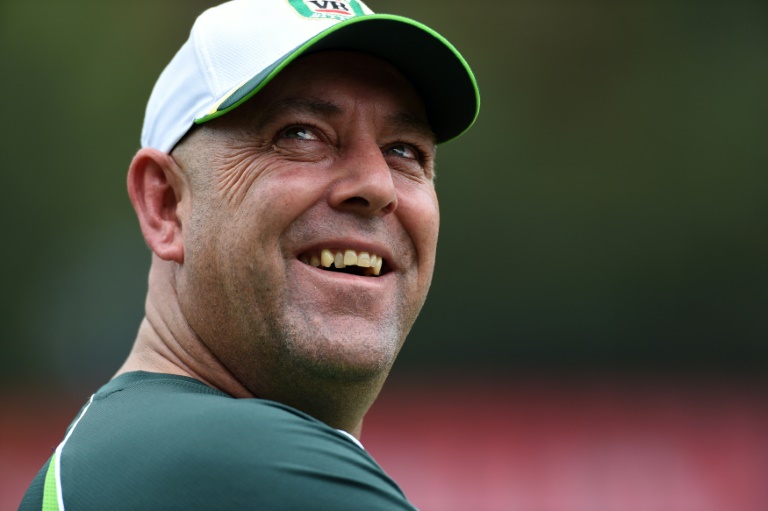 Australia coach Darren Lehmann made it clear he could not care less what England get up to during their four-day trip to Spain after his side launched their Ashes tour with a convincing win.

Sunday saw Ashes-holders Australia defeat Kent by 255 runs on the final day of four in Canterbury.

Australia now have one more four-day game, against Essex in Chelmsford starting on Wednesday, before they begin the defence of the Ashes with the first Test against England in Cardiff from July 8.

England have travelled to Spain in a bid for their likely Ashes squad to get to know new Australian coach Trevor Bayliss.

Asked what England might gain from such an exercise, Lehmann told reporters at the St Lawrence Ground: “I don’t know, don’t want to know. Don’t care.

“I only worry about us to be perfectly honest. We’ve got to worry about how we are going to produce really good cricket in England because we haven’t won here for 14 years. That’s our focus,” added the former Australia batsman.

Australia, fresh from their 2-0 Test series win in the Caribbean, had just about as good an all-round workout as could be expected against Kent.

Among those to reach three figures was Steven Smith, whose status as the world’s number-one ranked Test batsman was not enough to stop England new-ball bowler Stuart Broad from suggesting he might struggle in English conditions.

Smith, who came into this match on the back of his 199 against the West Indies in Jamaica, made 111 before retiring in his lone innings against Kent

“I thought this sledging stuff was supposed to stop!,” said a smiling Lehmann.

“It’s pretty much always swung in the history of the game here in England,” added Lehmann, who played for English county giants Yorkshire.

Several of those players are set to feature in the first Test but there are still a couple of places to be decided, with Shaun Marsh and Rogers battling to open alongside David Warner, while Mitchell Marsh and Shane Watson contest the position of seam-bowling all-rounder.

Mitchell Marsh made 101 in Australia’s second innings against Kent and Watson 81.

Meanwhile Mitchell Marsh also bowled several lively overs while Watson, whose career has been blighted by injury, didn’t turn his arm over because of general soreness.

“It’s going to be tight, isn’t it?,” said Lehmann. “We need Watto bowling and he’ll definitely bowl in the next tour game so that’s going to be a key for us as well.”

His innings contained 21 fours and three sixes and was all the more creditable given he’d been out for a duck in the first innings when lbw to left-arm quick Johnson.

“I did pretty well for the England Under-19s but I haven’t really kicked on as I’d have liked,” said Bell-Drummond.

“Hopefully I’ve shown myself how I can bat and hopefully I can improve on the season going forward and get a lot more runs for Kent.”