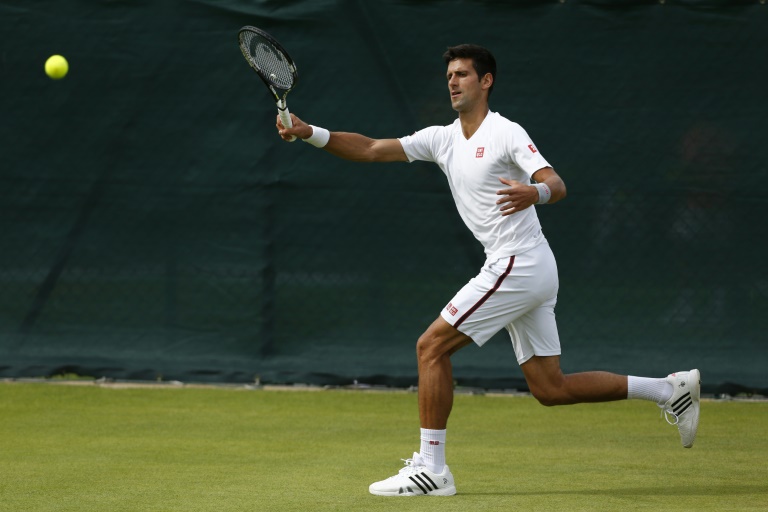 Novak Djokovic, Serena Williams and Maria Sharapova take centre stage as Wimbledon gets under way Monday while Lleyton Hewitt hopes for a long goodbye on his 17th and final appearance at the All England Club.

World number one, top seed and defending champion Djokovic plays his first tournament since Stan Wawrinka ended his latest bid to win a French Open and complete a career Grand Slam in Paris three weeks ago.

The Serb, who was also Wimbledon champion in 2011, has never lost in the first round at the tournament but he faces a tough opener against world number 33 Philipp Kohlschreiber who made the quarter-finals in 2012.

Djokovic holds a 6-1 career advantage over the 31-year-old German.

But the champion is wary of the potential pitfalls as he opens play on Centre Court at 1200GMT on a day when temperatures are expected to nudge the 30-degree mark.

“When you see Kohlschreiber in the first round, you don’t look any further in the draw,” said eight-time major winner Djokovic.

A victory for the Serb could give him a second round match-up against 2002 champion Hewitt, the last man outside of the big four of Djokovic, Roger Federer, Rafael Nadal and Andy Murray to win the Wimbledon title.

Hewitt, 34, will be playing the All England Club for the final time before retirement after next year’s Australian Open.

The former world number one, who made his All England Club debut back in 1998, starts against 33-year-old Finn Jarkko Nieminen, a quarter-finalist nine years ago.

Women’s top seed Serena Williams, the five time champion and bidding for a calendar Grand Slam, gets her 16th Wimbledon started on Court One against Russia’s Magarita Gasparyan, the world number 113.

Moscow native Gasparyan has only appeared in the main draw of a Grand Slam once — losing in the first round at the French Open this year. She has also yet to win a match on the main WTA Tour in four years as a professional.

Williams has swept to Australian and French Open triumphs over the last six months and the world number one returns to the All England Club within two majors of becoming the first woman since Steffi Graf in 1988 to claim the four top titles in one year.

The 33-year-old American also won the US Open to end 2014 on a high and is heavy favourite to continue that dominant run by taking the Wimbledon title for the sixth time.

“Personally it doesn’t make it feel any different, which I think is a good thing because I don’t feel any pressure to win all four,” said Williams.

Sharapova, the 2004 champion, has only got beyond the fourth round once in the last eight years.

The 24-year-old Konta, who showed her grass-court credentials with a run to the quarter-finals in Eastbourne last week, has played three first rounds at Wimbledon, losing on all three occasions.

Meanwhile, Wimbledon’s famous queue, where the keen and desperate line up in a nearby park in the hope of snapping up show court tickets, was already full to capacity by 0800GMT.

The queue is an All England Club tradition unlike the “selfie stick” which certainly is not and won’t be for a while as it falls under the banned list, at least for this year.