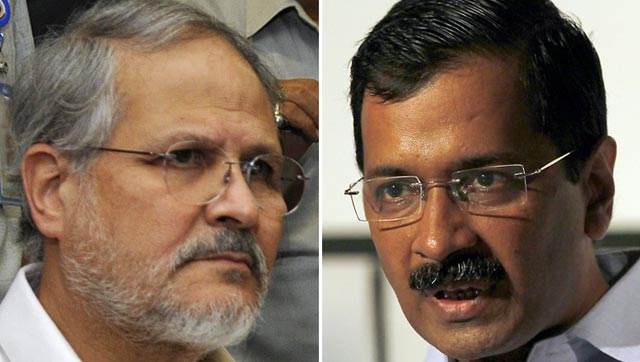 New Delhi: In a setback for the state government, Delhi High Court on Monday has stated that LG-appointeeÂ MK MeenaÂ will remain as the Anti-Corruption Branch (ACB) chief and function according to the law.

The court also issued notice to the Centre and refused to entertain Delhi government’s plea seeking restraining Meena from entering the ACB office.

The Delhi Government had on Saturday urged the High Court here to issue directions to restrain LG- appointee ACB chief MK Meena from entering his office and “interfering” with the functioning of the anti-graft body.

Meena was nominated two weeks ago as the Chief of Delhi’s Anti-Corruption Bureau or ACB by the capital’s Lieutenant Governor Najeeb Jung. Â
Â
Delhi Chief Minister Arvind Kejriwal and his government are in the midst of a vigorous war with the Lieutenant Governor. Kejriwal appointed his own candidate to the same postâ€” SS Yadav who is another senior police officer.

Kejriwal has said that amounts to an encroachment of his powers and authority.Â  However, the Centre has emphatically backed the Lieutenant Governor, who serves as its representative in Delhi.