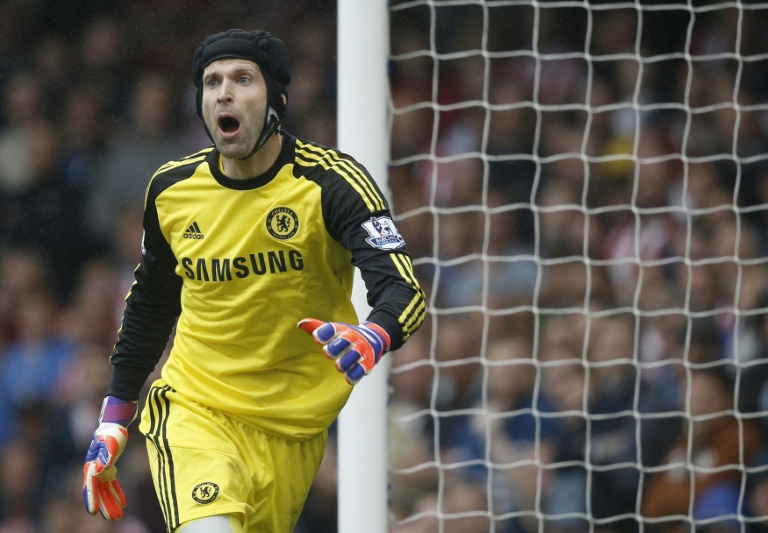 Petr Cech said he had the “same hunger for success” after his move across London from Chelsea to Arsenal was confirmed Monday when the Gunners announced he had agreed to join them on a “long-term contract for an undisclosed fee” from the Premier League champions.

The 33-year-old Czech international goalkeeper made over 400 appearances during 11 years at Stamford Bridge after joining from French club Rennes.

Cech, however, has recently found himself playing understudy to Belgian-shot-stopper Thibaut Courtois and made just 15 appearances in all competitions for Chelsea last season.

“I have the same commitment to football, the same motivation and the same hunger for success as I had at the beginning of my career, and I love the challenges brought by the top quality players you face while playing in the Premier League.

“When Arsene Wenger spoke to me about his ambitions for this club, and how he saw me as part of this team, the decision was clear.â€

Arsenal manager Wenger added: “Petr Cech is a player that I have admired for a long time and I am very pleased that he has decided to join us.

“He has proven over many seasons that he is one of the outstanding ‘keepers in the world and he will add great strength to our squad,” the Frenchman said.

Although the fee was undisclosed, several British media outlets reported Cech had been signed for Â£10 million ($16 million, 14 million euros) on a four-year deal.

Cech’s haul of 13 major trophies during his time with Chelsea included four Premier League titles and four FA Cups, as well as the 2012 Champions League.

In the same period, Arsenal had to make do with three FA Cup triumphs, including a 4-0 victory over Aston Villa in last season’s final.

Chelsea hailed Cech as a club ‘icon’ on their website and the keeper himself published a lengthy letter to Blues supporters on his Twitter page, saying he couldn’t quite believe he was leaving Stamford Bridge.

“I thought this would never happen but it is time for me to say goodbye to Chelsea Football Club,” he wrote.

“The club I have lived every single minute for since joining July 2004, the club in which I thought I’d hang my gloves and boots one day and finish my career. But life doesn’t always turn out the way you think it will.

“During the season it became clear that my situation would not improve and as I know I am not at the stage of my career where I want to be on the bench, I made my decision to move on and look for new challenges.”

Cech, a key figure in the Roman Abramovich era at Chelsea, also thanked the club’s billionaire Russian owner for letting him join a rival Premier League side.

“I spoke to Mr Abramovich about me staying in the Premier League and I’d like to thank him from the bottom of my heart for his support in this matter,” Cech said.

“It means so much to me because without him Chelsea Football Club would not be where it is now.”

Cech then saluted Blues supporters by adding: “A huge thank you to the Chelsea fans. I did everything for you and you gave me your love back.

“I’ll never forget it. It will stay with me forever.”

Neither Wojciech Szczesny or David Ospina has been completely convincing between the posts for Arsenal, with many pundits believing Wenger needed to sign a top-class goalkeeper if the Gunners were to challenge for the Premier League title.

Prior to Cech’s move across London, Chelsea captain John Terry said he would improve Arsenal, third in last season’s Premier League, by 12 to 15 points.