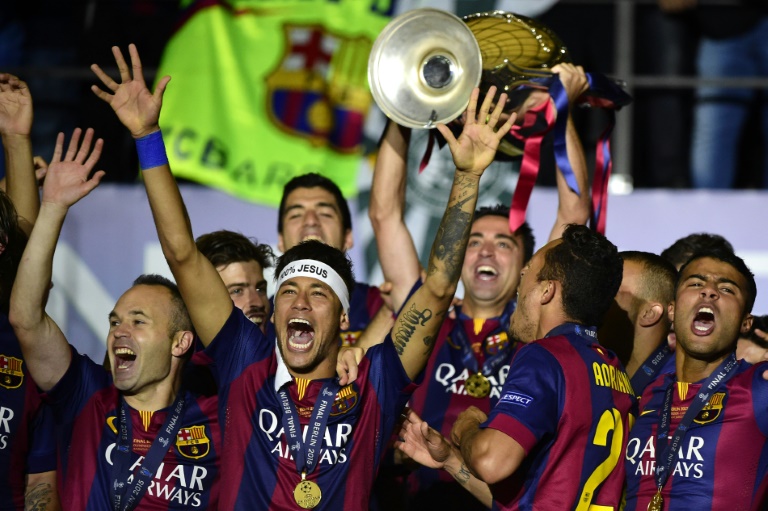 Football these days never seems to stop, and the Champions League returns on Tuesday, a mere 24 days after Barcelona’s thrilling final win against Juventus.

The dust has barely settled on Barca’s 3-1 victory in Berlin, secured thanks to second-half goals by Luis Suarez and Neymar, that saw them win the world’s most glamorous international club competition for the fourth time in the last decade.

But the road to the next final at the San Siro in Milan, and the start of the 2015-16 season in Europe, begins on the last day of June in some of the continent’s less glamorous venues.

For the likes of Lincoln of Gibraltar, Andorran title-holders Santa Coloma and Welsh champions The New Saints, reaching the lucrative group stage is a distant dream that will probably never come true.

That would mean winning four two-legged ties over the next two months. Simply winning one tie and reaping the financial rewards that come with it will do.

Lincoln are making their debut in the competition, while Santa Coloma and Folgore of San Marino — who face Pyunik of Armenia — will be trying to win a tie for the first time.

In contrast, The New Saints are comparative European veterans, their dominance of Welsh football allowing them to become regulars on the continental stage in the decade since a 6-0 aggregate defeat to European Cup holders Liverpool in qualifying in 2005.

TNS have been paired with B36 Torshavn of the Faroe Islands, with the prize on offer a second qualifying round tie against the Hungarian champions, former UEFA Cup finalists Videoton.

“The Faroe Islands was probably the worst place to go in terms of logistics and cost,” manager Craig Harrison, the former Middlesbrough and Crystal Palace player, told AFP.

There are no private jets for TNS — instead the club have been busy since the draw was made last week sorting out flights to the North Atlantic archipelago via Edinburgh for Wednesday’s first leg.

But while the costs are high, there is plenty of money on offer just for being in the competition.

“The club relies on the money earned from playing in Europe, and lately we have managed to attract better players.”

Harrison says that TNS, who are based just across the border in the English town of Oswestry, are competing for players with teams from England’s fifth tier and also look to pick up youngsters released by Premier League clubs.

Their advantage is being able to offer a shot at European football, and for Harrison and his squad — who are full-time — preparations have been geared towards this tie since they completed a domestic treble by winning the Welsh Cup on May 2.

They were back in training by May 26 and now they are looking to win a continental tie for just the third time.

“Coming into the first round, we are the favourites no matter who we play against,” insists Harrison.

“We are good enough to win both matches. It is a huge deal for Welsh football if we can win. It’s only a qualifier but it’s still a Champions League tie.

“Over previous years we have put in good performances. Now we need to turn those performances into results.”