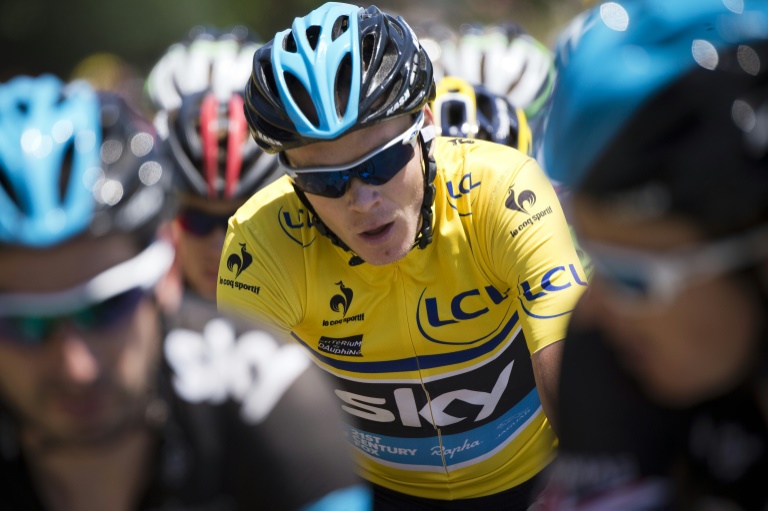 Although not arriving with the kind of overwhelming favourite status he’s been saddled with before, Chris Froome may find himself under more scrutiny than ever at the Tour de France.

Froome will take to the start line as one of the fantastic four favourites but with a question mark over his mental fortitude.

When the Tour course was revealed back in October, Froome’s initial reaction was to throw his toys out of the pram and threaten not to race.

The reason being that there was just one individual timetrial, and that only 13.3km in length.

Kenyan-born Briton Froome, 30, complained that the route would favour pure climbers and not give him enough chances to take time out of them in timetrials.

Although he took only a month to start back-tracking, his initial reaction could not be forgotten.

What made it so surprising is that Froome was the best climber of the 2012 Tour won by his then teammate Bradley Wiggins and he was again imperious in the mountains a year later when winning the Tour himself.

In fact, that year, Froome won two crucial summit finishes at Ax 3 Domaines and Mont Ventoux, leaving the likes of Alberto Contador and Nairo Quintana struggling in his wake.

He has also won several week-long stage races with significant mountain sections such as the Tour de Romandie (2013, 2014), Criterium du Dauphine (2013, 2015) and Vuelta a Andalucia (2015), as well as twice finishing second in the gruelling Vuelta a Espana Grand Tour and once in the week-long Tirreno-Adriatico.

To hear one of the best climbers in the world complaining about the number of tough mountaintop finishes at a race in which he was second and then first in successive years, was somewhat perplexing.

Perhaps the news came at an unhappy time for Froome, who was coming to terms with an ultimately disappointing season.

After a strong start, he suffered from illness and injury, missing Tirreno-Adriatico before crashing while leading the Criterium du Dauphine and eventually fading to 12th overall.

He then crashed out of the Grand Boucle and was narrowly beaten by Alberto Contador in a thrilling Vuelta battle.

He seems to have since pulled himself together and this year has been showing good form, despite a surprising blip at the Tour de Romandie where he failed to shine in the final timetrial and could finish only third overall.

He won June’s Dauphine where he made his mark in the two high mountain finishes.

Regardless of his own reservations, Froome still inspires awe in his adversaries.

His dominance at the 2013 Tour is not easily forgotten, nor that of his Sky team in successive years.

They remain a powerful outfit and when it comes to setting a high tempo into a final climb before launching their leader into a devastating attack, there is no better combination in professional cycling than Sky and Froome.

His bigger trouble will more likely be his tactical naivety.

Unlike a Contador or Vincenzo Nibali, Froome is more of a mechanical rider, who sticks to a pre-arranged plan which usually revolves around crushing the opposition’s resistence.

Thinking out of the box and attacking in surprising moments is not where he excels.

The 2015 Tour route offers plenty of opportunities for a creative rider to make time in unexpected places. There will be cross-winds, cobbles and fast technical descents, all of which should present Froome with far greater trepidation than the high mountains.

Even so, if Froome’s frame of mind is right and his confidence high, he remains the man to beat and has arguably the strongest support team.

It is now up to Froome to prove that last October’s tantrum was simply a bad day at the office and that he has the strength of character to battle with the best and beat them regardless of who is favoured by the course.