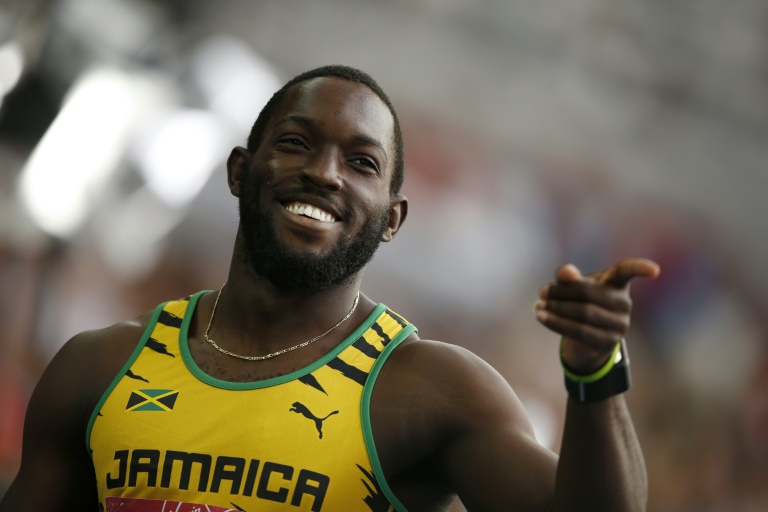 Elaine Thompson celebrated her 23rd birthday by winning the 200 metres at the Jamaican trials on Sunday, signalling a possible changing of the guard in Jamaican women’s sprints.

Thompson overcame a strong field to win in 22.51 seconds, running into a stiff headwind of 2.4 metres per second and booked her spot on the Jamaican team for the IAAF World Championships in Beijing in August.

Thompson is the fifth-fastest woman in the world in the 100 metres this season with 10.84 seconds, but was controversially left out of the short sprint this weekend by coach Stephen Francis.

Sherone Simpson was second in the 200 metres in 22.77 seconds while two-time Olympic champion Veronica Campbell-Brown repeated her third place in the 100 metres by running 23.02 seconds at National Stadium.

She said she felt no pressure after veteran training partner and 100-metres winner Shelly-Ann Fraser-Pryce decided not to run the 200 metres.

“I tried my best to come off the corner first and pushed from there to the line,” said Thompson, who was one of four first-time winners on the final day of the four-day championships.

Nickel Ashmeade won his first 200-metre national title in 20.36 seconds as he just held off a hard-charging Warren Weir (20.39 seconds) with Julian Forte third in 20.51 seconds.

Javon Francis raced to 44.70 seconds to win his first men’s 400-metre title just ahead of Rusheen McDonald who came on strong at the end but had to settle for second in 44.73.

Shericka Jackson, who ran her second personal best of the weekend in 50.31 seconds, was second and Commonwealth Games champion and pre-championships favourite Stephenie-Ann McPherson faded to third in 50.49 seconds.

The sister pair of Daniel and Shermaine Williams finished first and second in the women’s 100 metre hurdles, both with personal best times of 12.71 seconds and 12.84 seconds respectively.