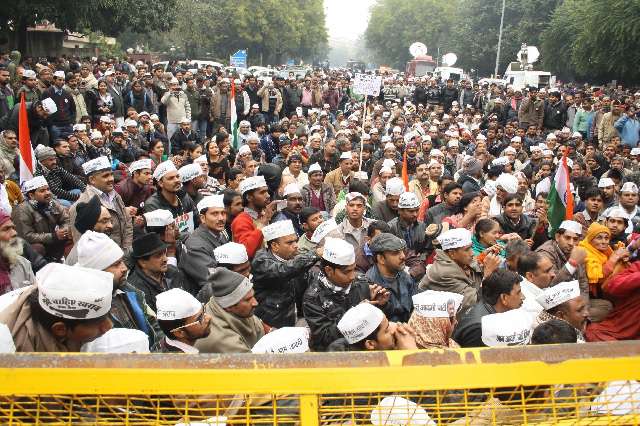 â€œThis is happening for the last few weeks, but they are silent. There is not a single FIR against corruption in the last one month. In this way, the government cannot bring a corrupt-free nation,â€ said AAP leader Alka Lamba.

The protest march is taking place from Jantar Mantar to the Parliament.

Meanwhile, a scuffle broke out between AAP workers and police personnel when cops stopped the protest march.

The ruling BJP at the Centre has so far been defending Swaraj and Raje despite opposition demands that the duo be sacked for helping former IPL boss Lalit Modi.

Irani is under sharp criticism following a complaint that she misrepresented her educational qualifications in documents filed in different years with the Election Commission.

The Maharashtra Congress had earlier submitted a complaint to the Anti-Corruption Bureau (ACB) alleging violations in purchases made by the Women and Child Welfare Department. According to reports, Munde was alleged to have cleared purchases worth Rs. 206 crore on a single day in February through 24 government resolutions instead of inviting tenders.